Off-hire, the CONWARTIME and Punctuation Marks 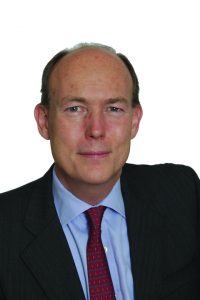 Off-hire, the CONWARTIME and Puncuation Marks

The High Court recently determined that the hijack of a vessel by pirates was an off-hire event pursuant to an additional clause that provided for the vessel to be off-hire for capture/seizure, despite the incorporation of the CONWARTIME 2004 clause. The judgment revisits the interpretation of exemption clauses and clarifies how the Court will approach those seeking to rely on off-hire clauses in the context of piracy. It also comments on the significance of syntax, including the use of punctuation marks, when construing clauses.

On 13 March 2012 Cooke J handed down judgment on an appeal from an arbitration award as to whether the “CAPT STEFANOS” was off-hire for the period of her detention by Somali pirates pursuant to an additional clause in a trip time charterparty on an amended NYPE form. It was not contended (and the judge confirmed that it could not be contended) that the vessel was off-hire under clause 15 of the NYPE form in light of the recent decision in The Saldanha ([2010] EWHC 1340 (Comm)). Charterers’ case was that the vessel was off-hire under the terms of an additional clause which provided:

“Should the vessel put back whilst on voyage by reason of any … capture/seizure, or detention or threatened detention by any authority including arrest, the hire shall be suspended from the time of the inefficiency until the vessel is again efficient…”

The arbitration Tribunal accepted Charterers’ argument that the words “capture/seizure” applied to a hijack. The Tribunal rejected Owners’ case that, in the context of the clause itself and the charter as a whole, those words should be construed on the basis that they were subject to the qualification that the seizure was “by any authority” and, since the pirates were not an “authority”, the seizure of the vessel did not constitute an off-hire event. Owners were given permission to appeal the decision to the High Court. 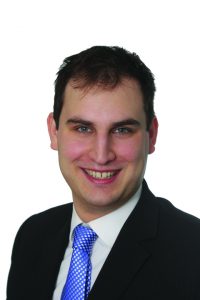 At the appeal hearing Owners argued that the vessel should not be considered off-hire under Clause 56 for the following reasons:

1. The ambiguity in the clause

There was ambiguity in the clause because it was not clear whether the words “by any authority” should attach to the words “capture/seizure” as well as to the word “detention”.  The correct construction depended on the significance the reasonable reader attaches to the comma after “capture/seizure”. In addition, other than in relation to capture, seizure and detention, the clause refers exclusively to off-hire events associated with deficiencies in the vessel or crew. “Capture/seizure” should therefore refer to a capture or seizure arising as a result of the characteristics of the vessel or crew. Such a seizure would be undertaken by an authority and not by pirates.

2. The construction of ambiguities

The parties had incorporated the CONWARTIME clause pursuant to which expenses arising from complying with Charterers’ orders to trade the vessel through an area at risk of war risks (including piracy) lie with Charterers. This demonstrated the parties’ clear intention as to the allocation of the risk of piracy, i.e. that it should lie with Charterers, and it would be inconsistent with this allocation of risk to construe the additional clause in a manner that treated a hijack by pirates as an off-hire event. In support of their arguments on this point, Owners relied on a passage in Wilford on Time Charters (Paragraph 37.115 which states: one effect of clause [(h) of the CONWARTIME wording] is that hire will be payable, and the ship will not be off-hire, so long as Owners are acting in accordance with any of sub-clause [(b) (c) (f) or (g)]).

Cooke J dismissed the appeal in its entirety and upheld the decision of the Tribunal.

The Court found that the wording used, the structure of the clause, its punctuation and its grammar all clearly supported the Charterers’ submissions that the Vessel was off-hire.  Cooke J said that “…the clause to my mind clearly sets out that it is only “detention or threatened detention” which is qualified by the expression “by any authority”. The words “capture/seizure” are free standing and constitute a separate head of off-hire…”

The Court went on to note that the off-hire provisions of a charter do not necessarily, nor indeed usually, tie in with the provisions of the charter which relate to breach and that standard form charterparties are often used with a series of “add-on” special clauses which do not always fit together immaculately or happily. Where there are one or more clauses which deal with off-hire events, they must clearly be looked at together and reconciled but where the charter provides for off-hire in some provisions and charterparty obligations and remedies for breach in others, the focus must inevitably be upon the off-hire clauses when determining whether an off-hire event has occurred.

This rationale was then applied to the incorporation of the terms of the CONWARTIME which (contrary to the suggestion in Wilford on Time Charters) was held not to affect the construction of the additional clause concerning off-hire events. The Court held that CONWARTIME is restricted to setting out the rights liberties and obligations of the parties in circumstances where the vessel might be exposed to war risks including piracy.  It is therefore a clause relating to the performance of the charter and to breach, and not to off-hire, and as such cannot affect the construction of off-hire clauses.

Cooke J doubted whether the reference at sub-clause (f)(i) of CONWARTIME to compliance with orders of “…any Government, body or group whatsoever, acting with the power to compel compliance with their orders or directions…” as “due fulfilment” of the charterparty under sub-clause (h) was apt to include orders issued by pirates, commenting that there is no logic in a distinction between pirates operating the vessel themselves and pirates ordering the crew to operate the vessel for them.  He held that in either case sub section (h) does not negate the application of specific off-hire provisions in the charterparty if the event falls within the scope of those provisions.

This judgment provides useful guidance on the scope and application of the CONWARTIME clause, particularly its ruling that the clause does not affect off-hire clauses. It reiterates the position regarding the interpretation of off-hire clauses and what is needed by way of contra-indications from other terms in a contract to outweigh the plain and obvious meaning of the language of a clause as a matter of syntax and grammar, including punctuation marks.  It holds that the words “capture/seizure” include a hijack by pirates (without qualification).