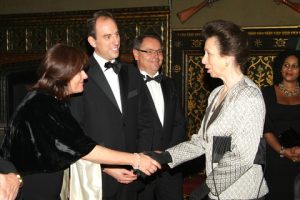 Joe Corvelli, Gibdock Chief Executive writes: For a ship repair facility, it is not often that the work going on in the yard at a particular time simultaneously embodies its heritage and identity, its bread and butter business and its forward strategy. However, moving into the second quarter of 2012, this is precisely the situation we find ourselves in.

On a day to day level, we have been very encouraged by the number of containerships in the yard in the first part of 2012. The number of vessels worked on in the first three months of the year is close to the entire workload achieved through 2011 as a whole.

In terms of our forward looking strategy, we have also made significant strides in attracting complex offshore work. We have handled a succession of vessels of many different types, with contracts including repeat customers such as Solstad of Norway as well as new clients such as Boa Offshore.

Meanwhile, one of our strategic aims is to become a key player in the growing regional market for jack-up and semi-submersible drilling rig repairs, maintenance and modification work. Thus, the arrival of Etesco Millennium late last year represented a hugely important landmark contract for us, as this was the first rig project to come to Gibraltar since 1998. I can report that the initial inspection and resulting works were carried out within the six week time frame specified by the owner.

Now, with the rig alongside at Gibdock’s South Mole, discussions are progressing over a second round of work, with the rig’s owner starting a marketing campaign, where final specifications will depend on end user needs.

In HM The Queen’s Diamond Jubilee year, Gibdock is also delighted to be taking part in a project that links to our long heritage as a ship repairer. Work is on schedule to complete the conversion of an ex-Royal Navy Fleet tender into a floating medical centre on behalf of Gibraltar-registered charity The Vine Trust. The project represents Gibraltar’s contribution to the Jubilee celebrations.

As the project’s lead sponsor, we undertook an initial drydocking and inspection and continue to make our labour force available to carry out work on the vessel (ex Dunster) before it is renamed and departs to serve on Lake Victoria.

The project’s UK launch in January was graced by The Vine Trust’s patron, HRH The Princess Royal, an evening hosted by Orient Express at St. James’s Palace, London, followed by an event in Gibraltar in late February.

The aim of the project is to provide a vessel which over the next 25 years will benefit over one million patients.

This conversion has also captured the imagination of Gibdock’s workforce, from our apprentices and tradesmen, right through to senior management.

‘Youth Have Great Hopes for the Future – But They Cannot Survive on Hopes’; They Need Food, Jobs, Health Care, Secretary-General Tells Population Commission