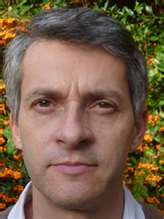 According to Grant Hunter, who presented the launch of the new idea in Singapore “I think that it is a fitting testament to the original design concept of idea as an online system that it has stood the test of time to become the industry’s most widely used charter party editor. When we first launched idea in Beijing back in 2001 there were a lot of sceptics who said that a web-based application was too radical and would never ‘catch on’ and be reliable enough to be widely used by the industry. Today, ‘cloud’ based applications like idea have become commonplace and there are now over 2, 500 companies who subscribe to idea and between them conclude over 2, 500 contracts per month via the system”.

He added “We have to recognise that despite the continuing success of idea, the technology behind the system has become a little dated and users’ expectations have increased. To meet those expectations we have given a lot of thought over the past few years to how we could develop the system to take advantage of the latest technology. The new version of idea introduces a fresh interface and a much smarter way of working with contract templates – I think that our users will be very pleased with the new idea and its great new features”.

idea 2  is built around Microsoft’s Word 2010 word processing application which brings with it not only the power and stability of much more modern software but also the ability to introduce features to idea that are beyond the capabilities of the current version. Possibly the feature most requested by users has been the ability to cut and paste text from other applications, such as e-mails and word processed documents. The security software used to protect the underlying text of BIMCO contracts in idea has, up until now, prevented the cut and paste function from being enabled – which has meant that users wanting to add text to a document in idea have had to use a rather laborious process of copying the text to a file via the BIMCO website and then uploading that file to idea before being able to insert it into a document. With the new version of idea users will at last be able to cut and paste text directly from any file on their desktop directly into a contract template in idea.

Chief among the new features of idea 2 is “smart documents”.  These are new versions of the 115 templates of standard contracts available to idea users. The new templates guide users through the completion of a contract by prompting the user with recommendations to insert the latest versions of standard clauses, such as War Risks, into older contracts; by ensuring that users fill in certain important boxes, such as the choice of applicable law and arbitration, before they can finalise and print the contract; and by recalling details of names, addresses and ship details previously entered by the user. Further enhancements, such as built-in context sensitive explanatory notes for each clause, are under development.

Another request from many users has been to allow the PDF files produced by the system to be combined with other documents, such as ships’ plans and drawings, so that a single PDF file containing all the material relevant to a particular fixture or agreement can be produced. idea 2 has this feature built-in which allows an unsecured image file of the contract to be produced that can be easily added to another PDF using software such as Adobe Acrobat.

Perhaps the most revolutionary feature of the new version of idea is the ability for more than one idea subscriber to work on the same contract template. Using a “trusted partner” process, idea users will, in the future, be able to provide other nominated idea users with permission to review and amend their contracts. Each user will be allocated a different colour coding when they make changes to the document so that the negotiating process can easily be followed by the parties until a final agreement is reached on the wording. This new feature will be released later this year.

The new version of idea will be available to all users in May. There will be no change in the pricing structure for the pay-per-print features of idea – it is a free upgrade. Source: documentary@bimco.org

BIMCO: After the party, the hangover is proving...