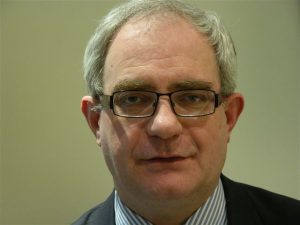 Members continue to report problems with bunker deliveries and two excellent presentations at the IPTA/Navigate conference highlighted the issue further. One of the most common complaints is that the sulphur content exceeds that required, particularly where low sulphur fuel is ordered for use in ECA’s. Timothy Wilson, of FOBAS Fuel and Exhaust Advisory Services, speaks of 95% confidence in a single test result, advising that for the 1.00% m/m Sulphur limit the Buyer can consider the sample to fail with 95% confidence if his single result is greater than 1.06% m/m, while the Supplier can consider the result to meet the regulation with 95% confidence if his single result is at or below 1.06% m/m. He advises that in order to be sure of meeting the 1.00% sulphur limit fuel at 0.94% sulphur should be ordered.

Problems associated with the use of low sulphur fuel still plague the industry, the most common being excessive catalytic fines. ISO-accepted levels of cat fines are much higher than engine manufacturers’ recommended guidelines and data shows that as average fuel sulphur levels decrease, average cat fines levels generally increase. These abrasive particles created during the refining process can cause accelerated wear rates and damage to engine parts, which have the potential to lead to catastrophic engine failure. A significant increase in the number of incidents caused by fuel with high catalytic fines recently led IMT to issue a Safety Alert Bulletin drawing attention to the issue and indicating some common measures which could reduce the likelihood of sudden severe failures occurring. These include regular draining of water and settled bottom sediments from fuel storage, settling and service tanks, cleaning fuel storage, settling and service tanks frequently and avoiding the reintroduction of drained oil from engine fuel oil backwash filter into the fuel treatment system.

Other frequently reported issues include excessive water content and poor fuel stability, leading to the build up of sludge that can clog ships’ filters. The message from the FOBAS representative was that very few fuels as loaded are simply unusable, although some are of border line quality and must be used with caution. The best mitigating approach is to attempt usage while there is still sufficient alternative fuel onboard, take samples from before and after treatment from the top, middle and bottom of tanks and document observations in order to gather operational evidence.

Alvin Forster of North of England P & I Club

Alvin Forster, a representative of the North of England P and I Club, concentrated at the conference on how to avoid getting into disputes over bunkers. He highlighted practices such as the aerating of bunkers to increase volume, commonly known as the “cappuccino effect”, and allegations of internally redirecting fuel, false sounding tables and split tanks and advised that full sets of soundings, ullages and temperatures should be taken of all fuel tanks (whether nominated or not) on both receiving vessel and bunker barge before and after the bunker operation. Accurate onboard quantities should be calculated using volume correction factors, correct densities and allowing for trim and the bunker barge should be checked for suspicious or improper piping and air blowing arrangements. If time allows, the loaded fuel tanks should be given time to settle before final soundings are taken. In order to deal with off spec or contaminated bunkers he recommended the use of onboard fuel test kits to carry out basic tests at the start of and during bunkering and where there is reason to believe there might be a problem, fuel samples to be sent to an approved laboratory, with the fuel unused until the test results are known.

Both speakers emphasized the importance of effective bunker management with procedures incorporated into the SMS and/or SEEMP. Crews should follow a Bunker Checklist, ensuring that the nomination and specification are thoroughly checked before bunkering commences, and exercise caution when signing Bunker Delivery Notes. It is worth considering employing independent surveyors during bunkering operations, although this should not absolve the Chief Engineer from the responsibility of carrying out their own calculations. It is vital that clear detailed daily records are kept in order to help defend any claims. Letters of Protest should be used for disputes, both commercial and under MARPOL Annex VI.

IPTA continues to liaise with ICS in order to address the problems identified worldwide with bunkering operations and will keep members informed of developments. In the meantime both the presentations referred to above can be accessed through the Members’ Area of the IPTA website.