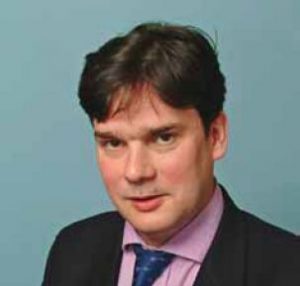 At the Organisation for Economic Co-operation and Development (OECD) in Paris today (Thursday 21 June) the International Chamber of Shipping (ICS) will call on governments to resume negotiations on a new global agreement to eliminate market distorting measures from shipbuilding.

Speaking to governments attending an important OECD Working Party, ICS, on behalf of the world’s national shipowners’ associations (which collectively represent more than 80% of the world merchant fleet) will explain that it was a source of great disappointment that the OECD had, three years earlier, terminated negotiations on a new agreement to eliminate subsidies and market distorting mechanisms in the shipbuilding industry.

This was primarily due to differences between the European Commission and Asian governments about the treatment of pricing of new ships in any new agreement, the latter wishing instead to concentrate on the elimination of subsidies, a position that was supported by ICS.

ICS believes that current poor markets are demonstrating just how seriously damaging the oversupply of ships has been to shipowners’ revenues, with many companies now struggling to meet their operating costs.

ICS reiterates concern about the overcapacity that exists in many shipyards, with an almost obsessive commitment to market share being displayed by the three major shipbuilding nations: China, Korea and Japan, where 90% of world tonnage is built.

ICS Director of External Relations, Simon Bennett remarked: “Even if shipyards go bankrupt, it is likely that in many cases their governments will step in so that they can continue to produce ships which few people want, other than speculators who may be foolishly tempted by knock down prices.”

ICS welcomes the fact that the OECD Working Party on Shipbuilding is continuing to meet, in order to explore further what constitutes market distortion and the means of achieving greater transparency on government support measures. ICS hopes that the OECD Working Party will work towards the goal of encouraging the resumption of formal negotiations on a new global agreement as soon as possible.

Truth is somewhere out there.. or inside? but cant be seen whit weak mind or it just is not there to be find becouse we live and die to become nothing? else than perfect dust of perfect lie.