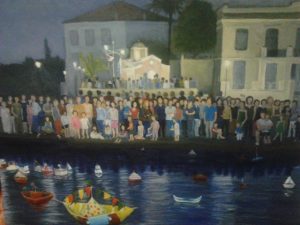 The Island of Spetses, is internationally known because of the existence of the Anargirios and Corgialenios College,  the Posidonion Hotel being the jewel of the Belle Epoque and beyond, as well as for its great benefactor Sotirios Anargiros and also Marinos Corgialenios  (Spetses was the basis for the island of Phraxos in John Fowles 1965 major novel “The Magus”. Many fictional locations described there actually existed, including the “Lord Byron School” Anargyrios & Corgialenios College of Spetses www.akss.net and the “Villa Bourani” (located on the south side of the island above a popular public beach). John Fowles was one of our English teachers who served on a “roll over basis” for a two to three year tenure” al through the life of the College,  and we, as graduates, really feel the College and the Island being our second home! We also feel honored that Sotirios Anargyros was the head of the world’s biggest tobacco company!  Both the College and Villa still exist, although the house is under private ownership).

A view of the exhibition at the Anargyros Mansion

Spetses becomes even in late summer the focus for thousands of Greek and international tourists, thanks to the Armata, the last major event which takes place the second week in September, dedicated to celebratory events aimed at commemorating the events of the sea-battle of the 8th of September 1822, in combination with the feast of the chapel of Panagia Armata near the lighthouse. The events culminate with a re-enactment of the torching of the Turkish flagship in the harbour. This year’s Armata took  place between the 3 and 9 of September attracting over 2, 500 visitors, despite the Damocles Sword of austerity… The previous one in 2011 attracted 7, 500 visitors!

Amongst the many events, each year, an exhibition of paintings takes place at the Anargyros Mansion in the centre of the town directed by art teachers Alexander Tsironis and Demetra Tasiouli. The exhibition is titled: “The people of Spetses paint…”  Our verdict was really a difficult task this year, but finally we voted for Eva Bratopoulous’ “Celebration at Saint Mamas”. Eva’s unique style and technotropy bring us back to Spetses during the interwar period, s well aas during the 50’s and the 60’s… 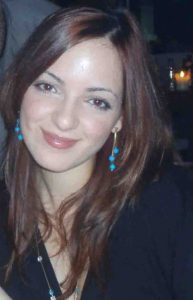 We hope that Eva’s dedication and vision, as well as that of other Spetsiots,  will make the world focus on Spetses, as they did for over a century now and given the Annual Summer International Regatta, the many events at the Posidonion Hotel, the arts faithful will find plenty to take back home… See you on Spetses!

P.S. Tomorrow Saturday 13th of October is also the Spetses Mini Marathon of 26KM and also the Swimming Marathon of 2, 5 and 5 miles respectively between Spetses and Argolis’ coast town of Costa. Will revert with results! JNF