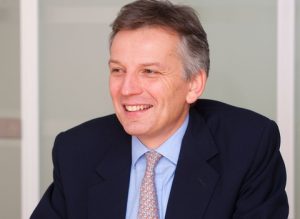 Simon Beale, Amlin PLC’s chief underwriting officer, has joined the board of the Lloyd’s Market Association (LMA). He replaces David Harris, who resigned from the board at the end of September.

Having begun his career in the Lloyd’s market in 1984 specialising in marine hull underwriting, Simon became a recognised international leader in the class.He joined Amlin in 1994, heading the company’s marine business from 2001–2009 and was appointed the Group’s CUO in 2012. Simon is a former chairman of both London’s Joint Hull Committee and the Ocean Hull Committee of the International Union of Marine Insurance (IUMI).

He has represented the London market on IUMI’s Executive Committee and been an elected member of the LMA’s Marine Committee. In 2012 he was elected to serve a three-year term on the Council of Lloyd’s.

David Gittings, chief executive of the LMA, said: “We are very fortunate to have Simon on our Board. He is an immensely capable and talented insurance professional who understands the workings of the Lloyd’s market intimately.”