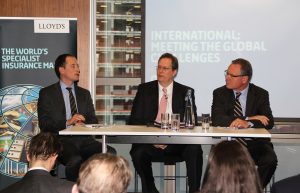 London – Tue 30 Oct 2012 – Delegates at last week’s Lloyd’s Insurance Regulation Conference were invited to cast their vote on the future of industry regulation.

41% of attendees cited regulation as the biggest risk to their businesses. Some 95% said that the time spent by their boards on regulatory issues had increased in recent years. 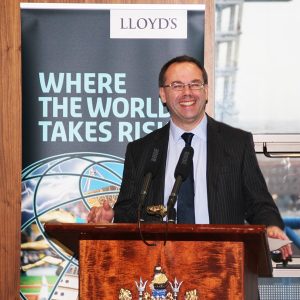 Speakers at the event expressed their belief that the insurance industry faces a period of considerable regulatory change. Julian Adams from the Financial Services Authority, George Brady from the International Association of Insurance Supervisors, Philippe Brahin at Swiss Re and Olav Jones at Insurance Europe all addressed the conference at Lloyd’s.

Insurance industry executives are spending considerable amounts of time dealing with the impact of regulation, often at the expense of managing their businesses, said Sean McGovern, Director, Risk Management, North America and General Counsel at Lloyd’s. “This is a worrying trend that regulators need to correct, ” he said.

Since the 2008 financial crisis, regulatory reform has stepped  up significantly. Insurers currently face changes to the regulatory framework in the UK and proposed new solvency rules in Europe and the US. There are separate moves to develop additional rules for international insurance groups and those deemed systemically important.

“The response to the banking crisis should not see insurers swept along in a tide of reform, ” said McGovern, speaking at the event. Regulation needs to be “proportionate and focussed, ” he said.

Olav Jones, Deputy Director General and Head of Economics and Finance at Insurance Europe, the body that represents insurers in Europe, presented to the conference. He said that since the financial crisis began there has been a tendency for regulatory conservatism and an over-engineering of regulations. Jones believes this has given rise to unintended outcomes and an increased cost of compliance:   “There has to be a balance struck between ensuring appropriate levels of protection for policyholders and avoiding excessive regulation”.

“We want regulators to ask themselves if their aims are the right ones and if the approach is a practical way to achieve those aims – and this is where we often have problems, ” said Jones.   George Brady, Deputy Secretary-General of the International Association of Insurance Supervisors told the conference about his organisations’ efforts to help raise global supervisory standards. He explained how the IAIS is seeking to improve international coordination and cooperation between supervisors, and leading the global debate on systemic risk in insurance. 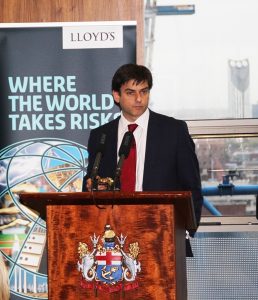 Reforms are being introduced in a challenging macro-economic environment, said Philippe Brahin, Head of Governmental Affairs and Sustainability, Swiss Re, who also spoke at the event in London. “The time in which to respond to these changes is very short, ” said Brahin. “The regulatory clock is ticking.”

The regulatory environment is very challenging with many risks and threats for insurers, but there are also opportunities, said Brahin. “So we need to engage with the regulator, be constructive, and get a good outcome”.   Getting insurance regulation right is key if Europe is to remain a leading force in international insurance. “Europe has a long history of exporting insurance, with centuries of expertise and a tradition of risk taking, ” said Sean McGovern.

“There are big opportunities in fast growth economies and European insurers are instinctively international”.

Frustrating delays to Europe’s proposed new regulatory regime for insurers, Solvency II, look set to continue, but the UK regulator and Lloyd’s are now proactively looking at ways to benefit from the industry’s preparations.   There is no appetite to implement Solvency II quicker than would be required, but the FSA is now looking to supplement the current regime and “map” it to Solvency II over a period of time, said Julian Adams, Director, Insurance Division at the Financial Services Authority.

“We want to use Solvency II as much as possible to count towards the Individual Capital Assessments, ” said Adams, who is responsible for Solvency II implementation at the FSA. “I don’t have a crystal ball, but this is a pragmatic way forward and we are determined to use the industry’s work to the best effect and take a phased approach to Solvency II as we build towards implementing the new regime”.

Until Solvency II is implemented, Lloyd’s will look to derive benefits whilst avoiding any unnecessary costs of compliance, said McGovern. “The industry needs to think how it can use the delay to address issues with Solvency II that do not add value. We can use this delay to our advantage”.