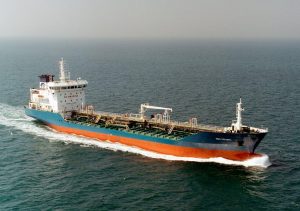 Management Facilities Group, led by chief executive Karin Orsel, has recorded further growth for the final quarter of 2012, with the arrival of five oil/chemical tankers. The tankers will come under total management of Marin Ship Management, a division of the group. The tankers will sail under the Dutch flag, with home port Delfzijl.

Three of the five tankers belong to Sweden’s Thun Group, a trusted business partner with which MFG has long been doing business and for which it already has 10 oil/chemical tankers and seven multi-purpose vessels under management. In addition Thun is seeking to invest more in the smaller tanker sector (up to 10, 000 dwt) and has reached an agreement with Broström for the purchase of the remaining 50% of shares in a dozen vessels.  Thun is keeping the fleet together, and intensifying its co-operation with MFG. 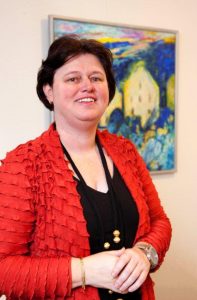 Ms Orsel (who is current president of WISTA international – the Women’s International Shipping & Trading Association) said that MFG has already proved it has the qualities and the expertise in-house as an independent fleet manager to consolidate its market position in the tanker segment.

She said that the good results that MFG has achieved have not passed unnoticed, because new customers have found their way to the company. Thus an agreement was reached recently with a Russian client Silverburn Shipping IOM Ltd. Silverburn has appointed MFG fleet manager for two of its chemical tankers, with the possibility of more in the near future. “It is not a matter of course for MFG to enter into a new customer relationship but a careful process, as we think it is important that our vision and working principles correspond with those of the customer, ” said Ms Orsel.

The five-tanker boost for MFG heralds an increase in the number of seafarer employees by 150, and five more employees will be added to the office at Farmsum. Even after this increase the company will be looking for further qualified seafaring personnel and shore employees.

MFG is keen to emphasise that the new tanker arrivals will sail under the Dutch flag. That is both good for the economy and for the image of the Dutch maritime sector, said the company. 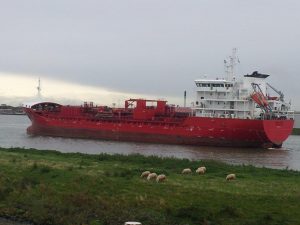 “In addition it hardly needs saying that MFG is also making a good contribution to the Northern European economy, ” the group said in a statement. This is underlined with Thun Group’s latest order of two new multi-purpose vessels from the Dutch shipyard Ferus Smit. These ships, with building numbers 415 and 416, will be handed over during 2013 into the management care of MFG.  The yard describes the planned newbuildings as Trollmax types: bulk oriented general cargo ships specially dimensioned to navigate the locks of the Trollhattan canal, the connection between the southern Swedish Vanern  lakes and the North Sea at Gothenburg.

Can Shipping meet the challenge of change?