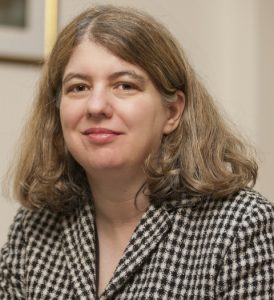 The International Shipping Federation (ISF), which represents maritime employers globally, says that the low level of implementation of the International Labour Organization (ILO) Convention 185, concerning the facilitation of shore leave and crew transits, is a continuing source of disappointment.

Speaking in Manila this week, at a seminar organised by the International Federation of Shipmasters’ Associations (IFSMA), ISF Director of Employment Affairs, Natalie Shaw, explained that the ILO Seafarers’ Identity Documents Convention (ILO 185) – which ISF helped to negotiate on behalf of employers in 2003 – was adopted as part of a package of measures following the terrorist attacks in 2001. “The wide ratification of the Convention would have materially assisted the welfare of seafarers as well as addressing the security concerns of port states.” said Mrs Shaw.

However, according to ISF, insistence by port states that seafarers must obtain visas in advance of arrival in port is still a major problem in the United States, Europe and elsewhere. “If governments insist on requiring seafarers to obtain visas, which is contrary to the spirit of relevant ILO Conventions and the IMO FAL Convention, it should be made possible for seafarers to obtain visas on arrival.” suggested Mrs Shaw. One of the problems connected to the low level of implementation by governments of ILO Convention 185 is that the technical specifications for the required seafarers’ identity documents are different to those used in passports or by the aviation industry.

“The equipment needs to be interoperable, and understandably countries are reluctant to pay the costs required to purchase equipment solely for the use of seafarers.” said Ms Shaw. “It would be much more viable to align the standards with those that exist elsewhere. 24 countries have now ratified Convention 185 but few are able to issue the new ILO ID cards and there are few machines available internationally that can read them.”

However, ISF remains committed to encouraging the widespread ratification of ILO 185, and finding a way forward at ILO so that the technical specifications for the ID cards might be modified. The ILO Seafarers’ Identity Documents Convention (Revised) (ILO 185) exists separately to the ILO Maritime Labour Convention, 2006, which consolidates most other ILO maritime standards in a single instrument and which will enter into force worldwide in August 2013.

All ships in port to sound their horns...

Thousands of lives will be lost in the...