Not everything called green is eco 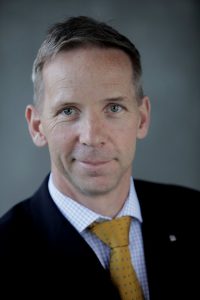 Not everything called green is eco*

Shipowners need to be careful when shopping for ships of new designs as not everything claimed “green” is necessarily eco-ships, according to class society DNV.

The extent of fuel consumption is the overriding criterion that dictates if a ship is of eco-design, Michael Aasland, business director, bulk carriers told Lloyd’s List.

“It’s important for owners to carefully select the best design, a process that can be benefited from assessments by independent third parties, ” he said.

Doubts have clouded over the value of eco-ships and the need to order them. In the dearth of newbuildings, fuel efficiency becomes one of the few reasons for owners to splurge capital, and for yards to tout for more clients.

As Lloyd’s List reported, some shipowners regard eco-designs as a marketing gimmick.

When asked about the overuse of the “eco” concept in the newbuilding market, Mr Aasland said: “There’s a large variation in the performance of new designs and in the quality of the data, so it’s necessary to have the fuel consumption figures verified.”

But this doesn’t mean eco-ships are of less merit. Perhaps it’s more acceptable to view the eco-drive as an improvement to existing fleet, rather than an addition to it.

“It’s very important that we look to improving existing ships. There’s room for improvement, on both operational and technical issues.

“It’s not a matter of convincing owners that eco-ships are good or not. It’s more a matter of helping them with existing ships to improve the performance of those ships, ” he said.

Speculations and discussions over the virtue of ordering eco-designed ships are unabated, but “nobody is really questioning the importance of cutting cost of fuel, ” especially in view of the anaemic charter rates, according to Mr Aasland.

“The era of cheap oil is probably over, “he said.

“I’m very impressed by the capabilities of SDARI, especially on the hydro-dynamic area where we’ve worked closely together. The combination of co-operation and friendly competition resulted in a very good design, ” said Mr Aasland.

* The article above was published today by Lloyds List.

Note: we believe it is important to remember the issue that not all designs called “Green” are ECO…The quotes of Mr. M. Aasland (DNV) come from a conference ehe attended in Hong Kong.