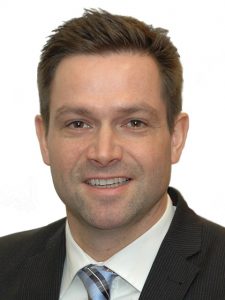 HAMBURG/KIEL For the sixth time this year HSH Nordbank has successfully provided finance for a solar farm in France: the Pompogne portfolio consists of four sub-farms in the region of Aquitaine, near Bordeaux and the Atlantic coast, and was arranged and structured together with BayernLB. This photovoltaic project numbers among the largest in France and has a total rated output of 40 MW. HSH Nordbank provided most of the long-term finance amounting to some EUR 113 million for the independent investment company Aquila Capi-tal (Hamburg). Aquila Capital purchased this solar farm for a special fund for institutional investors, which pools systems in the area of renewable energy. Aquila Capital was assisted in structuring the project by the transaction consultant LNF Energy (Hamburg), which spe-cialises in renewable energies. The project manager, general contractor and vendor of the Pompogne solar farm is the GP Joule Group (Reußenköge).

Lars Quandel, Head of Renewable Energy at HSH Nordbank, is confident that “in the com-ing year too HSH Nordbank will support further transactions to extend the use of renewable energy in France. We already have the first projects in the pipeline.”

Oslo Børs: Changes to the composition of the OBX Index from 21 December