Marine hydrodynamics is a field of naval architecture that has seen important developments in recent years and is now facing new challenges due to increasing concerns about the fuel efficiency of ships.

Since hydrodynamic performance is a major contributor to a vessel’s overall fuel consumption, developments in this field will play a key role in helping to reduce both fuel consumption and the consequent emission of greenhouse gases (GHG).

The development of computational fluid dynamics (CFD) software is perhaps the greatest advance in marine hydrodynamics over the past few years. Viscous CFD in particular aims to solve the complex equations that rule the flow of water around a ship’s hull, thus determining the required power for the propulsion of the ship. 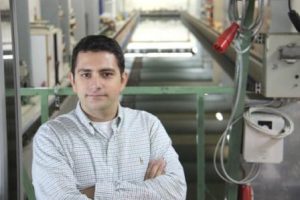 By using such a tool, the designer can examine in great detail the flow, without the need for expensive and time-consuming towing tank tests. As a result, more designs can be evaluated and even optimisation procedures can now be employed before the winning design is tested in the towing tank. Furthermore, problematic areas of the flow that were previously impossible to examine can now be identified and treated.

In the near future, we at LR foresee that the speed and accuracy of CFD software will be further improved, allowing for the solution of more intricate hydrodynamic problems such as the flow around ships with complex appendages and also the viscous sea-keeping and self-propulsion problem.

Aided by the ever-increasing processing power of computers, CFD software will become more accessible to designers, eventually emerging as a standard design tool. This will allow for the detailed optimisation of conventional hull forms as well as the investigation of novel and pioneering ideas for a new generation of faster, safer and more fuel efficient ship designs.

The efficient utilisation of energy resources and the reduction of emissions are key issues that may have a strong impact on the design of ships’ energy systems. 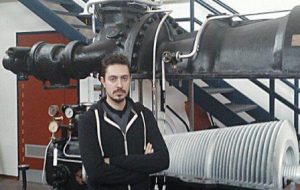 Until now, the various energy demands are commonly served by dedicated machinery, that is the large diesel engines that are used to drive most of today’s vessels, the separate diesel generator sets that are used for electric power and the individually fired boilers that are used for heat loads in some cases.

The present trend is towards integrated marine energy systems, whose aim is to cover all the energy needs of a vessel (the proportions depend on the type of vessel and the conditions of each trade route) from the same primary energy resource, thus increasing significantly the exploitation of the last. Today’s emerging technologies give the industry the opportunity to apply alternative prime movers, commonly marine gas turbines, to be used on ships, probably in conjunction with the widely established diesel engines.

In any case, the use of bottoming steam cycles, which may serve for propulsion, electricity and/or heat loads, enhances the increased efficiency of utilisation of the fuel. The huge number of possible configurations in the number and interconnections of this machinery, their design characteristics and the distribution of the power produced indicates that there is a necessity, as well as an opportunity, for the application of engineering optimisation methods in the design of such systems.

The optimisation is customarily applied at three levels, namely the synthesis of the energy system, the design parameters of the individual components, and their operating points during a vessel’s voyage, for which varying energy demands may be present in different time periods.

Academic studies, in which optimisation methods were applied, have shown that the most efficient configuration of the energy system is dependent on the intended usage (namely the route) of a specific ship. Another possible approach is designing the energy system in such a way that the utilisation of energy resources will be efficient in a broad area of operating conditions, so that optimisation methods can be employed for scheduling its operation in every type of voyage. In each case, the ultimate objective will be the reduction of fuel cost and emissions in a technically acceptable and affordable way.

Most shipping companies operate a cross-section of vessels  with engines from different manufacturers and with varying ratings and layouts. The complexity of monitoring systems may also differ among a fleet of ships. Many shipping companies perform some kind of primary evaluation of the obtained ship engine service data. However, advanced analysis is needed for sophisticated evaluation that leads to performance optimisation.

The National Technical University of Athens’s Laboratory of Marine Engineering (LME) has developed a methodology for engines performance evaluation and improvement using detailed engine thermodynamic simulations. The engine performance is evaluated by comparisons of measured data to simulation predictions. The observed differences, if any, are further analysed to monitor the emergence of possible faults.

In general, changes in performance can be due to “natural” causes (e.g. humidity, ambient temperature, etc.) as well as equipment degradation (e.g. piston ring wear, turbocharger fouling, etc.). The developed methodology is able to distinguish between “natural” causes and those emanating from equipment degradation and malfunctions. This allows the operators to understand the cause/effect relationship when changes are detected and to act accordingly. This can only be achieved by comparing measured (service) engine performance against predictions by a model of “expected” engine performance.

Considering the limited scope of an engine’s monitoring instrumentation, locating the component responsible for underperformance will be difficult. However, a thermodynamic model will generally be able to flag a severe problem early enough so as to prevent extended consequential damage. The use of a comprehensive thermodynamic model for performance evaluation has the following advantages over other methods:

●        The influence of external conditions ( i.e. ambient/environmental, load,  fuel) on engine performance is taken into consideration

●        Detailed thermodynamic models of the engine can separate externalconditions from actual equipment degradation.