David Brookes*, BP, on the growing demand for accurate information 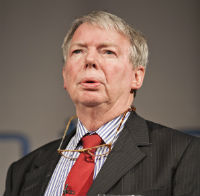 As the exploitation of both mineral and renewable resources of energy in the oceans continues the market for ever more sophisticated development techniques and equipment increases. There is a huge demand for better Information about the seabed, the ocean environment and the equipment deployed offshore both in the deep ocean and at the shoreline. Developments in survey, ROV’s and increasingly AUV’s are giving us the ability to map offshore facilities almost as well as onshore plant.

However we are not seeing the take-up of AUV systems originally forecast, after intial succesfull trials the offshore energy industry has not seen the large scale implementation expected due conservatism and reluctance to economise on expensive support vessels. AUV’s with more sophisticated monitoring and intervention capabilities will struggle for commercial application without bold moves from Operators. In contrast the cross fertilisation of ideas in low costs sensors should yield more rapid applications as the risks are much less and the benefits easier to quantify.  Oceanology is a great showcase for the many facets of the industry and allow cross fertilization of ideas and concepts between industry, defence and the research sectors.