FLNG – the culmination of 34 years of LNG research 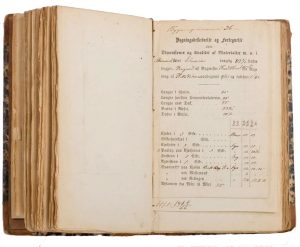 FLNG – the culmination of 34 years of LNG research

By Lars Petter Blikom, Segment Director for LNG at DNV

They are massive monsters. They are stuffed with state-of-the-art technology. They cost billions of dollars apiece. They are called FLNG units. And after 34 years of research, not a single one is yet in operation.

The first evidence I find of FLNG designs is from 1979, when Kværner and Moss Maritime did a conceptual design for a barge mounted liquefaction plant for the Kangan field in Iran. The project was displayed at the Gastech conference in Monaco that year, but was cancelled due to the Islamic revolution in Iran. And that was the end of LNG in Iran. At least until the Chinese came along, but we’ll save that story for another occasion.

DNV participated in the development work with Kværner and Moss Maritime, and based on the work we developed the first set of classification rules for FLNG, called “barge-mounted LNG plants” back then. These rules were published in 1979 – not exactly our brightest moment in timing market need – they have still not been applied, 34 years after.

The idea of floating LNG plants calmed down for a while, but the LNG trade embarked on an extended period of exponential growth. And with this growth followed research that has been vital to further FLNG development later on. One example is sloshing -waves in the LNG slamming into the inside walls of the tanks. In DNV, we have done model testing and full scale measuring of sloshing effects since the Moss and membrane containment systems were developed in the early 1960s, and our understanding of the phenomenon has continued to evolve all these years.

The early FLNG designs were concrete structures, and significant research was put into understanding these structures better, and specifically how they would perform with LNG on board. Luckily, these concrete structures became very popular for the oil development in the North Sea through the 1970s and 1980s, so “free” experience would be available. Today, however, all the FLNG concepts are steel structures, so the concrete track was a dead end. Some research is useful, and other research is not so useful.

In 1988, Norsk Hydro was exploring a barge mounted liquefaction plant as one of the development options for what is today known as Snøhvit, but the interest for floating LNG plants didn’t really start to take off until the late 1990s. By then, several of the oil majors had FLNG units on their drawing boards; Mobil presented their “doughnut” – a square structure with a moon pool, a consortium of other oil majors collaborated in the EU-funded Azure project, and Shell worked on their own designs.

From the early 2000s, the natural gas and LNG prices seemed to be on a perpetual streak of reaching new record levels. Predictably, this lead to the belief that every pit of gas in the world would be developed, many of which through FLNG concepts. By 2008, the industry was flooded by FLNG designs. However, 2008 is not known as the Year of FLNG, it is known for the financial crisis. The crash that followed the fall of Lehman Brothers in September 2008, took natural gas prices down with it. Since then, a lot of humbleness has returned to the FLNG market, and today we see much more serious developments.

Shell made history in 2011 when they reached FID on their FLNG investment at the Prelude field in Australia. At 488 meters length, 74 meters width, and weighing 600 000 tons, it will be the largest offshore structure ever built. But with an expected start-up date of 2016, Shell may still be beaten right before the finish line; Petronas made FID in 2012 for an FLNG unit planned to be in operation in 2015. As everybody say, it doesn’t matter who comes first, but as we all know; yes, it does! It is more fun to say “look! That’s the first FLNG in operation” than “look! Another FLNG”.

After 34 years of research, the age of the FLNG unit has arrived, and we can only anticipate that they will become quite popular in the future. Variations of FLNG concepts are proposed in just about every continent; Australia, Asia, Africa, and South and North America. If the introduction of FLNG units resembles that of the FPSOs, we will see 300 units launched in 30 years time.

In DNV, we have tried to compile the essence of our 34 years of research into an Offshore Technical Guideline. It is a 128-page, not exactly easy to read, but stuffed with useful information, document.