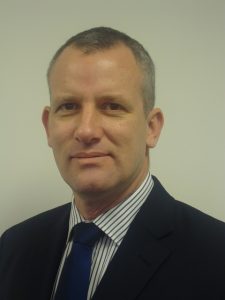 Colin Snell has been recruited to SCB’s underwriting department to support the club’s European and North American business.  An English lawyer by training, Colin has extensive experience in P&I, having earlier occupied senior positions with other major International Group P&I Clubs in London and New York.  As vice president, working closely with Stuart Todd and his colleagues, Colin’s role will reflect his broad international experience, together with his local knowledge of the US market.

SCB has also announced the recent recruitment of Tony Smith as vice president and principal surveyor.  Tony’s duties will extend to those previously undertaken by John Poulson who has moved into a more generalist role at Atlantic Marine Associates Inc., a sister company of SCB.  However, in that role, John’s services nevertheless remain fully at the disposal of the club and its members.

Tony brings a wealth of experience to the New York team.  Following several years of distinguished service at sea, he has had a long and successful career in the world of marine surveying and consultancy since coming ashore, most recently as a senior surveyor at GL Noble Denton in New York.  His many qualifications include accreditation as an ISM/ISPS auditor.

Speaking in New York today, Joe Hughes, chairman and ceo of Shipowners Claims Bureau Inc., said: “The recruitment of both Colin Snell and Tony Smith adds strength to the managers’ capabilities in key areas of service to the American Club.  The importance of management strength in depth has never been greater in today’s difficult market conditions, and we are sure that Colin and Tony will, in their complementary ways, add substantially to the exceptional skillsets available to all club members.”