An interesting recapitulation on Greece’s latest taxation issues on Vessels and Shipping Companies comes from the KYRIAKIDES GEORGOPOULOS Law Firm, worth having in mind.

Taxation of ships under foreign flag, in case their management is exercised by Greek companies or foreign companies established in Greece.  Amendment of article 26 of La. 27/1975.

The foreign ship-owners or ship-owner companies. The managing companies, which are established in Greece under the provisions of art. 25 of law 27/1975 are jointly liable for the remittance of the tax.

–           Any tonnage or similar tax proved to be remitted for the ship under foreign flag abroad is deducted from the Greek tax, up to the amount due in Greece.

Exemptionof the shareholdersof the above mentioned companies from any tax, duty, contribution or withholding, up to natural person, for the income acquired from dividends or distribution of net profits, whether such profits are acquired directly or through holding companies.

–           The same exemption applies for the shares or parts of intermediary holding companies.

A contribution is imposedfor four (4) years, to the total annual imported foreign currency.

The branches and offices of foreign businesses dealing exclusively with:

Exemptionfrom the contributionforGreek and foreign companies who have established an office or branch under art. 25 of law 27/1975 and are dealing with the management or exploitation of ships under Greek or foreign flag, as well as undertaking any further activities, for which they have obtained a permit of establishment.

For any further comment or query on the above or any other issue, please liaise with your contact partner or you may liaise with the persons set out below who will refer you to the competent partner within KG. 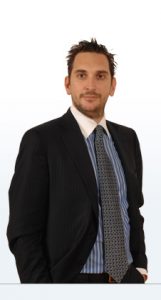