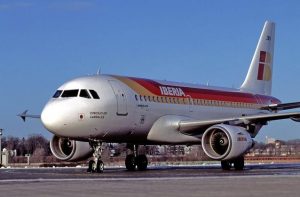 25 February 2013 – The ITF has put the blame on Willie Walsh for the start of a series of strikes by Iberia workers in defence of their jobs.  Willie Walsh is CEO of IAG, the parent group of Iberia and British Airways.

ITF civil aviation secretary Gabriel Mocho said on 22 February: “As a strike this is undoubtedly a success, but it’s a strike Iberia’s workers didn’t want. Both the airline and the unions were working on a plan that would safeguard jobs and profitability.

“It is clear that Willie Walsh clamped down on Iberia’s local management to doom any chance of a negotiated plan. Its failure can be laid at Walsh’s door and the costs of his stance are being paid by Iberia’s passengers and staff.”

Mocho was speaking from the ILO aviation global dialogue forum in Geneva, which has brought together unions, employers and governments to tackle the effects of the global economic crisis on the aviation industry. He contrasted the cooperation and negotiation supported by workers at the forum with what he described as Walsh’s push for conflict outside it.