Defence cuts and the Falkland Islands 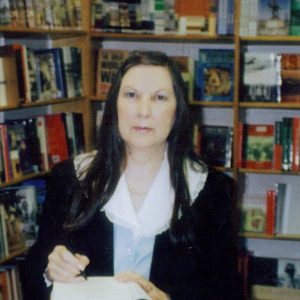 Defence cuts and the Falkland Islands,  By Celia Lee

The urgent issue of the moment is to stop the proposed cuts in the British Armed Forces. In this respect, it is upon the risk to the Falkland Islands that I wish to focus attention.

The war between Britain and the Republic of Argentina took place from April 2 – June 14, 1982. At that time, Britain’s saving grace was that we had sufficient aircraft carriers to take part in such an action in order to aid our success. Today, we have no aircraft carriers or Harrier VTOL jump jets, having sold them off to the US whose leaders must have been rubbing their hands with glee to have come by them so cheaply.

The threat from Argentina has again reared its ugly head with President Cristina Fernández de Kirchner’s letter to the British Prime Minister David Cameron, in which she cited United Nations resolutions considering the islands a colonial case and called for negotiations on the sovereignty dispute.

During the 1982 Falklands crisis, the sole issue was sovereignty of the Falkland Islands. Today, 70% of the Islanders are British subjects and wish to remain so. The outcome of the recent ballot declared on Monday  March 11 2013, showed that 98.8% voted to remain British with only three people voting against, which means that the other 30% who were not originally British have supported the continuance of the present arrangements.

Where Argentina is concerned, what has changed in 30 years is that oil has been discovered offshore, and Rockhopper the exploration company drilling in the Sea Lion Field, 62 miles to the north of the islands, believes that oil will flow by 2017. The company estimates that the field holds around 300m barrels of oil, which would be worth in the region of £20bn. Britain offered to share the proceeds of the oil revenue with Argentina but the latter refused to co-operate.

President Kirchner’s claim that the British ‘colonised’ the Islas Malvinas (as they are known in Argentina) is quite untrue. The English name was taken from Falkland Channel (today Falkland Sound) that runs between the two main islands, by Captain John Strong, who landed there in 1690. Strong chose the name in honour of Anthony Cary, 5th Viscount of Falkland, who was Commissioner of the Admiralty and who had financed the expedition. There have been comings and goings on the islands over a number of years, involving French, British, and Spanish. Britain however had established its rule over the Islands in 1833, at which time there were no settlers on the islands. The Spanish name, Islas Malvinas, is derived from the French name, Îles Malouines, chosen by Louis Antoine de Bougainville in 1764, after the first known arrivals who were mariners, and fishermen, from the Breton port of Saint-Malo in France. The Republic of Argentina came into existence only in 1853.

Argentina’s claim to the islands appears to have been based mainly on the fact that they are of reasonably close proximity. If sovereignty and statehood of countries throughout the world were to be determined by proximity in miles, we would have endless disputes over boundaries.

Since the oil is due to begin flowing in 2017, the question that the British Government needs to address now, in 2013, is: ‘Will the oil be under threat of bombing, and will the Falkland Islands be again in danger from invasion by Argentina?’ No one can realistically imagine that Argentina – whether Mrs Kirchner is president or not — will  sit back quietly as Britain reaps the rewards of oil, especially since the Argentine Government has already refused to accept a generous share of the profits whilst not having to bear the cost of the drilling expeditions.

In order to protect our oil and the sovereignty of the Falkland Islands, Britain needs aircraft carriers: that is, warships designed to deploy and recover aircraft, thereby acting as seagoing airbases. Aircraft carriers allow a naval force to project airpower worldwide, without having to depend on local bases for staging aircraft operations.

A further reason that Mrs Kirchner has her eyes on the Falklands is that the economy in Argentina is in difficulties whilst the Falklands are flourishing due to many years of hard work by its population. The figures for 2004, show that the islands are self-sufficient, with annual exports worth in excess of £100 million, and imports of just under £90 million. The Falklands pound is backed by the British pound sterling.

The islands have become a regular port of call for the growing market of cruise ships, and some 50, 000 visitors are expected in the 2012-13 season, greatly boosting the economy. In a desperate, spiteful act to damage the Falkland Island’s economy, Mrs Kirchner has banned from her ports any ship that calls at Port Stanley.

Celia Lee is an author and military historian