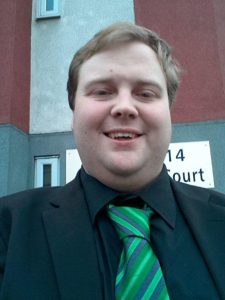 How much do the cuts affect the capability of the Navy to deploy?

Therefore we have three Atlantic commitments, and three Indian Ocean/ Gulf commitments, which in reality means we should have a minimum of 21 escorts over and above those we need for escorting the Reaction Group (which is four vessels of which two should be air defence orientated, requiring eight to maintain number at readiness) We currently have only 19 in service, which means we can do a maximum of two Atlantic, two Indian/Gulf and provide two escorts for the Reaction group, often having to ask the French or Americans to provide the air defence escorts, as with only six Type 45s we don’t have enough to go round.

Thus even before recent cuts we were below the number we needed and commitments were starting to suffer; we now have the South Atlantic guard ship, with the Caribbean patrol frequently being a Bay class auxiliary landing vessel (which is OK, but not ideal – we used to deploy such a vessel as extra support in hurricane season with that providing support in the worst scenario). We are probably going to have stop being a provide to the standing NATO escort group (something which was traditionally one of our core commitments and is still very important in dealing with any emerging situation.)

In summary: the cuts not only in the recent government, but over the last 20 years have severely undermined the fleet’s ability to deploy its forces, even to the levels that the governments commit it to, or even the level necessary to maintain national security.

Do we have to cut our contribution to anti-piracy?

Currently not, but we are using auxiliaries and everything else we can get our hands on to maintain them.

The C3 or the vessels of future “Mine Countermeasures, Hydrography and Patrol Capability programme” will probably in future be the back bone of such issues as it is unlikely to ever go away completely.

This means that procurement of the vessels of this programme needs to be speeded up, rather than still being at the stage of theoretical consideration.

Do we have to cut our defence of home waters?

In theory all the vessels in training can operate in home waters, in reality there is a reason they are being trained up, and dealing with anything will not only disrupt that but will be a stretch. It is also a question of whether there is the right equipment to deal with the threat: not all the escorts carry the towed array sonar necessary for anti-submarine operations, and it is even rarer under current cost contingencies for them to be fully armed. Even if they can be fully armed, the whole fleet, auxiliaries and escorts, are all victims of the theory of the ships being so much more than the reality.

What do we have to do without?

In short, a lot: we are short in air defence (until we get the Queen Elizabeth class carriers and F-35s up and running we have no outer air defence, and with six rather than 12 Type 45s and a likelihood that there will be a capability gap of airborne early warning with the withdrawal of the Sea Kings 7s), we don’t have enough submarines (no SSK class which are particularly useful for training, special forces insertion and littoral combat), we are short on auxiliaries and we need to start the conversation on the Ocean and Illustrious replacements. Ideally such vessels should be capable of taking fighters as well as helicopters and Royal Marines, so that there is a measure of operational insurance for the Queen Elizabeth carriers.

Defence cuts and the Falkland Islands