“Help us to help others” continues its noble cause 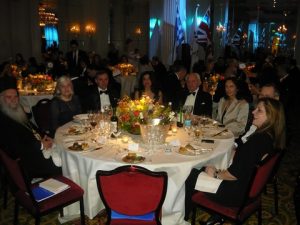 Returning after twelve years at the prestigious Grosvenor House Hotel in London’s Park Lane, the Greek Independence Ball organized in aid of the Greek Orthodox Charity Organization, under the Patronage of His Eminence Gregorios, Archbishop of Thyateira and Great Britain and the Embassy of Greece, attracted nearly 300 guests from all over the globe!

The Ballroom witnessed once again an unforgettable event, thanks to the Ladies Committee and the Fundraising Committees of London and Athens who did everything possible for yet another success in the Name of Charity; indeed “Help us to Help others” is now the maxim we should all embrace! 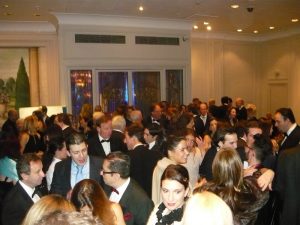 from the drinks reception

As it happens the Philhellenes were there given the strong links of the Greek and Greek Cypriot Communities in London with the shipping industry and beyond and we hope that they will unsolicited continue to support this cause!

Besides, the British Economy gains too and if you add the costs of outfits, catering, flowers, transportation costs including airfares, musicians, photographers, singers, designers and printers, you can see the benefit for all. 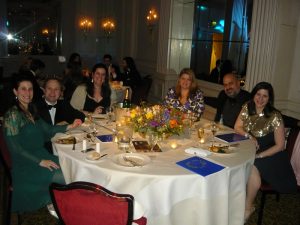 Did I hear you say Austerity? Well, despite what happens worldwide those believing in noble causes do continue…

After the networking drinks reception we were ushered in the Ballroom and following Grace by Archbishop Gregorious, the British and Greek National anthems were performed in honor of the world’s leading maritime nations, Great Britain and Greece. 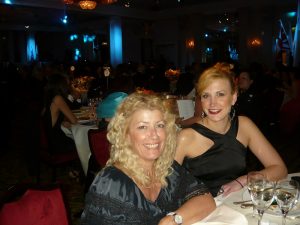 Angela Kulukundis, one of the two Vice-presidents of the Charity, welcomed us and in her speech she stressed:  “… how The Greek Orthodox Charity Organization (GOCO) continues its work and seems to be in greater demand than ever before”. Our viewers should be aware that the aim of the Organization is to continue to provide moral and financial support to Greek and Greek-Cypriot patients and their families coming to the United Kingdom for life-saving medical treatment and surgery. 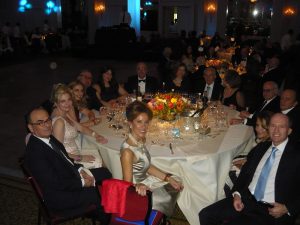 Milena Tsavliris at the centre with the Porfyrios’, the Frangos’, the Constantinou’s from the left and, the Polemis’, the Rodopoulos’, the Lemos’ and Andreas Tsavliris on the right

GOCO supports other medical charities, hospitals, research programs and post graduate students. Moreover, thanks to the generosity of the donors and supporters, the Charity was able to help Marathonioi Orizontes purchase a small bus to transport the adults and children with special needs. Marathonioi Orizontes is a yachting association for people with physical and mental disabilities. Another donation went to the SOS Children’s in Vari – outskirts of Athens, which enables them to buy essential equipment needed for their endeavours. 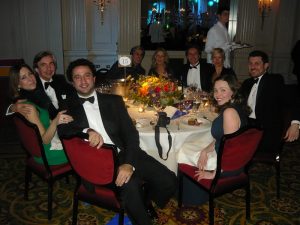 The Dinner, accompanied in the background by the music choices of DJ Dennis Mouzakis, was excellent– with the Angus beef and oyster mushrooms the talk of the night! Mouzakis’ 60’s and 70’s music raised the spirits for a very swinging night…excellent! Who wasn’t dancing; spotted somebody with crutches… Youroukos’ choice and sponsoring more than appreciated!

Then came Raffle time with George Th. Lemos presenting the prizes, as always, a great occasion! The fifteen plus gifts, were the best ever selection some of them quite extraordinary – Serkos’ decorative sword to be precise! And the wines from Chios: Arioussios for those connoisseurs… 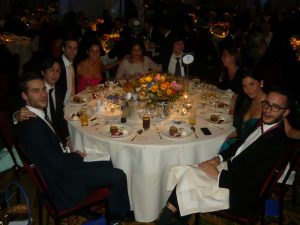 Table no.7: The new generation

As in all these GOCO events, the Souvenir Programme was a worthy reminder of how donors and sponsors should behave! We’ve said it last year too, passing the message: Shipping and Hellenism at its best human hour! 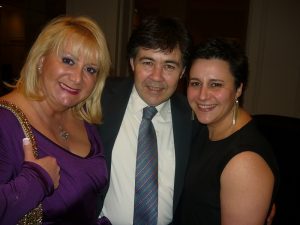 Many companies sponsored extra tables for their members and guests, like King Kollakis, Seascope Insurance Services, TLT LLP, Moore Stephens and others. Tony Burton was leading our many British friends! Good to see friends from the past, such as the former Greek Ambassador Anastassios Scopelitis and his writer wife Magdalena, author of the book “You can Master Your Fear”,   Professor and Mrs. Pitsikopoulos, The Baxevanis’, Acoris Antipas and many others. 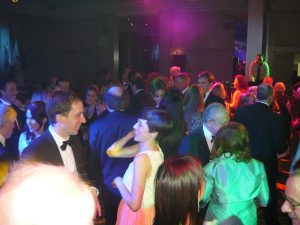 The Ball in full swing

Lastly, congratulations to Maria Hadjipateras for her silent but superbly effective work in making sure the event is a success 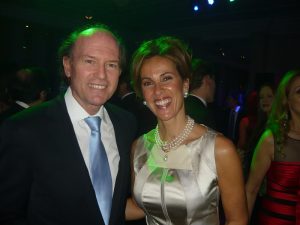 Supporting and helping all those in need with compassion, devotion and money is absolutely a cause worth supporting! 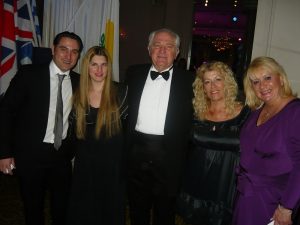 George Kountouris and his wife

HELMEPA’s environmental campaign in Komotini comes to a close