HELMEPA’s environmental campaign in Komotini comes to a close 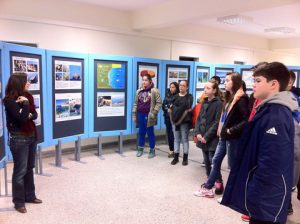 Primary School students at the Exhibition

The activities of HELMEPA’s Marine Environment and Sciences Awareness Campaign were completed under the auspices of the Municipality of Komotini in Thrace, Northern Greece,  with positive impressions and a potential for new synergies.

The campaign aims at raising the awareness of primary and secondary education students on the marine environment, shipping, sciences and engineering and is implemented with the support of independent charity Lloyd’s Register Foundation (LRF). By June 2014 it will have visited 12 Greek cities. 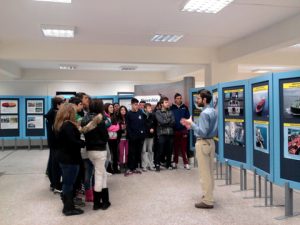 High school students being led through the Exhibition

In total, 1.390 schoolchildren and 110 teachers visited HELMEPA’s environmental Exhibition that operated for three weeks at the Municipal Cultural Center “Kapnapothiki”. The children’s transport costs were covered by HELMEPA.

According to the first findings of the survey carried out by HELMEPA in each city concerning the environmental awareness of the young visitors to the Exhibition, the students of Rodopi consider garbage on the streets and on beaches as the most serious environmental problem in their locality. Also, students seem particularly active on environmental issues with the majority stating that they recycle.

Following the Workshop titled “Marine litter, a problem that concerns us all”, which took place on 18 March at the Cultural Center “Kapnapothiki”, a HELMEPA representative took part in a meeting with local stakeholders coordinated by Vice Mayor G. Ziloudis  regarding the further extension of the recycling network in the area. HELMEPA is willing to support this worthwhile effort of the Municipality of Komotini by raising the awareness of the schoolchildren and citizens of tomorrow on the value of recycling through the operation of the “HELMEPA Junior” and “Cadets” programs in local schools. 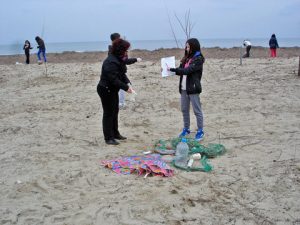 Voluntary beach clean-up on the shores of Port Imeros

HELMEPA wholeheartedly thanks the Municipality of Komotini and the Regional Authority of Rodopi for their support to the implementation of the Campaign, the Directorates of Primary and Secondary Education of Rodopi and the Coordinators of Schools’ Activities for organizing the schedules of school visits to the exhibition, as well as the Center for Environmental Education of Maroneia and other local stakeholders that participated in the activities, for their fruitful cooperation. 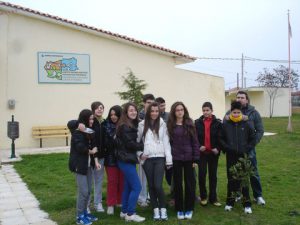 Visit to the Maroneia Centre for Environmental Education

LRF (formerly The LRET) supports the advancement of engineering-related education, and funds research and development that enhances safety of life at sea, on land and in the air.

“Help us to help others” continues its noble cause