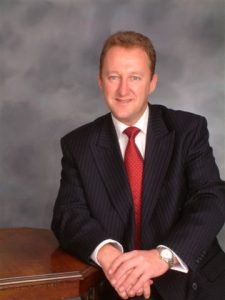 Oslo, 25 March 2013 – Wilhelmsen Ships Service (WSS) is continuing its expansion programme into Africa with the opening of a brand new office in Dakar.

Simon Hutt, Area Director for North and West Africa paid tribute to the hard work of the area operational team in West Africa who have been managing the business development activities and securing the future of the new office, saying:  “WSS has operated in West Africa for the last fifteen years through various sub-agents and service providers and we are thrilled to have finally been able to open our own WSS facility with a local team on the ground who we have worked with for many years.”

Located at the most westerly point in West Africa, Dakar is transited by all north and south- bound traffic. The port is well-placed to handle a multitude of different vessel requirements – from dry-docking, dry and wet cargoes, containers and RoRos – to project cargoes including military and ships’husbandry. Hutt said: “One of our primary aims is to expand our infrastructure in areas where shipping and trade are growing to deal with the changing needs of our customers. This new office will allow us to take the first steps in developing our presence in West Africa, enabling us to offer support through good governing principles and values.”

Although opened officially in February, the Dakar office has in fact been fully operational since January and the response from customers has been encouraging, with vessel appointments calling for dry and wet bulk cargo operations, project cargo, dry-dockings, containers and cruise vessels.

ITIC warns on costs of US documentary disclosure