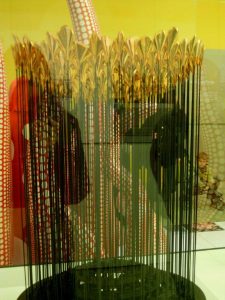 Design in the limelight as London awards its ‘Oscars’ for innovative projects, By Oxana Andrienko

Eclectic as a collection, and with its selections variously practical and whimsical, the Designs of the Year exhibition, currently running at the Design Museum in London, is in its sixth year as an attraction for the elite of the creative industries.

These “Oscars of the design world” are represented in seven categories, with nominations for Architecture, Digital, Fashion, Furniture, Graphics, Transport and Product. They span global and local companies and designers from the UK, US, China, Canada, France, the Netherlands, Turkey, Portugal, Japan, Denmark, and other countries.

The nominations showcased at the Design Museum amount to more than 100 projects in a compilation of the most radical, spectacular and innovative prototypes.

They range from what is called Kiosk 2.0 designed by Unfold Studio, which is able to provide not only an ice cream for those who care to buy, but also photocopies and other unexpected services; to the Rain Room designed by rAndom International where you can go without getting the slightest bit wet.

Category winners and the overall winner will be decided by a jury and announced to the public on  April 17 2013. 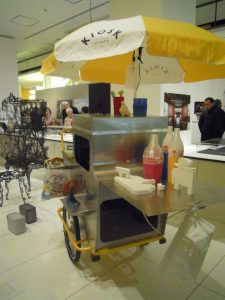 One of the most significant features of the awards is the ability of the audience to explore some of the exhibits close up, which lends a satisfying element of interactivity to the exhibition. As for the local showpieces in the nominee list and which can be readily observed in London and its suburbs there are The Shard designed by Renzo Piano, Exhibition Road designed by Dixon Jones / the Royal Borough of Kensington and Chelsea, Clapham Library designed by Studio Egret West, A Room For London, (Southbank Centre)designed by David Kohn Architects in collaboration with artist Fiona Banner, and Astley Castle a ruined, moated and fortified 16th century manor house in North Warwickshire which was gently restored by Witherford Watson Mann. Astley Castle was reopened as a holiday let in 2012 after extensive and novel renovations that combine modern elements with medieval remains.

Gov.UK Website designed by Government Digital Service can be easily explored by everyone from wherever you choose – no need to leave home to see this one!

The London Olympic Games 2012 receive due attention – Olympics Wayfaring designed by TfL /JEDCO / LOCOG and Olympic Cauldron designed by Heatherwick Studio pop up in two of the categories. 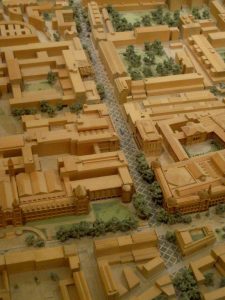 Viewers can explore the exhibition at the Design Museum until July 7 2013. The Design Museum is on the south bank of the Thames, with the nearest tube stations being Tower Hill and London Bridge.