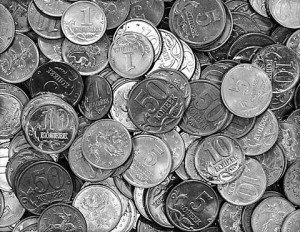 Lukoil VP “Wouldn’t Give A Kopek” To Invest In High-Risk Arctic Offshore Drilling, By Kiley Kroh

A top exec at Russia’s second largest oil company — and the largest non-governmental driller — has no interest in taking a gamble on high-risk Arctic Ocean drilling.

In an interview with the Financial Times this week, Lukoil vice-president Leonid Fedun said it would be much cheaper and less risky for oil companies to pursue Russia’s onshore shale reserves than offshore drilling in its Arctic oceans, citing Shell’s high-profile setbacks in the region as a warning sign.

“If someone asked me to invest money in Arctic exploration and development, I wouldn’t give a kopeck, ” he said. “We have many more investment opportunities that carry less risk.”

Lukoil is not the first major oil company to publicly back away from Arctic offshore drilling. Last year, Total S.A., the fifth-largest oil and gas company in the world, announced last year that it wouldn’t seek to drill in the Arctic because an accident there would be a “disaster.”

And after watching Shell’s string of mishaps from the sidelines, Norway-based oil and gas company Statoil said last month that it would consider walking away from its Arctic offshore leases if exploration proves too risky and expensive. Tim Dodson, Statoil’s executive vice president of global exploration, acknowledged the numerous challenges associated with Arctic offshore drilling and reiterated his company’s cautious approach to exploration in the region, saying, “We’ve [said] we wouldn’t drill before 2015. Whether that means we drill in 2015, or maybe not until 2016 or whether we’d drill at all, I think maybe the jury’s still a little bit out on that.”

Other corporate voices have weighed in as well. Insurance giant Lloyd’s of London issued a report warning companies that responding to an oil spill in a region “highly sensitive to damage” would present “multiple obstacles, which together constitute a unique and hard-to-manage risk.” German bank WestLB also announced last year that it would refuse financing to any offshore oil and gas drilling in the region because “the risks and cost are simply too high.”

The risks of Arctic Ocean drilling are multifaceted and stem from an overwhelming lack of knowledge, preparedness, infrastructure, and technological capabilities. The unpredictability of this remote and isolated region is only compounded by the onslaught of climate change, which is affecting the region more than any other place on Earth and further complicating the ability to make informed decisions — and smart investments.

Shell has invested seven years and more than a few kopeks (about $5 billion, to be exact) into its Arctic drilling endeavor and came up with nothing but damaged equipment and a bruised ego. Shell’s multiple failures and the concern expressed by fellow corporations clearly demonstrate that the current level of risk in Arctic offshore drilling outweighs the potential reward. Thus, the question remains: How many more influential private sector voices will need to voice their concerns before the government responds and halts Arctic offshore drilling?

Wärtsilä 34DF gets US EPA certificate

How to prepare any port for FPSO integration