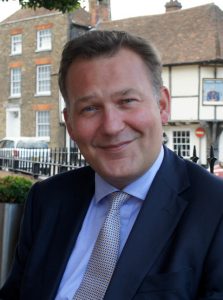 The United Kingdom Mutual War Risks Association Limited (UK War Risks Club) is pleased to announce that it has been awarded an A- ‘Excellent’ financial strength rating with a ‘Stable’ outlook from AM Best, the world’s oldest and most authoritative insurance rating and information source.

Andrew Ward, Director of Underwriting for UK War Risks, welcomed the rating announcement: “Being awarded the ‘Excellent’ rating by AM Best is a testament to the UK War Risks Club’s financial strength and stability.  We are confident that both shipowners and their insurance brokers who are seeking an independent and trusted assessment in a volatile and niche class of insurance will find this an important affirmation.”

Despite the volatility of this sector, the UK War Risks Club has reported a post-tax surplus in four of the last five years.  It has combined an average annual return of premium to members of 11% with an increase in free reserves to USD 31.3 million at financial year-end in February 2013.

The UK War Risks Club was established in 1913 to insure UK owned or flagged ships against the loss and damage die to war and other associated risks.  It diversified in 2009 to accept applications from non-UK shipowners.

A mutual insurer it is owned entirely by its members who insure approximately 900 ships with total value exceeding $16.5bn with the club.

The UK War Risks Club has a long history of financial stability.  It has never made a call for supplementary premium despite volatility in the investment, shipping and war risks markets.  In fact it has returned an average of 11 per cent of premiums to members in recent years.

UK War Risks is managed by Thomas Miller which manages a stable of other transport mutuals including the UK P & I Club, UK Defence Club, Through Transport Club and International Transport Intermediaries Club.  All these clubs operate independently.