Evergreen’s New Asia-South America Service to Start in May 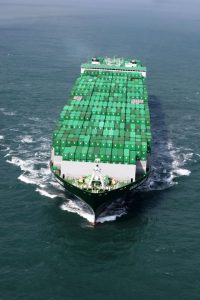 In partnership with Wan Hai Line (WHL), PIL and COSCO, Evergreen Line is further improving its service network in South America.  In early May the new Asia – West Coast of South America (WSA2) Service will be launched, linking Taiwan and China with five countries along the West Coasts of Central America and South America.

Employing nine vessels of 3, 500-3, 900 TEU, the start of the weekly service will be marked by the inaugural sailing from Kaohsiung on the 4th of May.  The port rotation will then follow as Shekou – Hong Kong – Ningbo – Shanghai – Manzanillo (Mexico) – Lazaro Cardenas (Mexico) – Puerto Quetzal (Guatemala) – Buenaventura (Colombia) – Callao (Peru) – Guayaquil (Ecuador) – Manzanillo – Kaohsiung.  Evergreen Line will provide one of the ships, WHL four, PIL three and COSCO the remaining one.

The region of South America covered by the service is enjoying strong economic growth forecasts that support Evergreen’s strategy of network expansion to/from these West Coast ports. According to the IMF’s World Economic Outlook report published in January, Latin America as a whole is forecast to attain economic growth rates of 3.6% in 2013 and 3.9% in 2014 compared to 3% in 2012.  The report suggests that stable cargo growth can be expected for the region’s trade with Asia.

Is the Dry Market bouncing back? Low Wets...