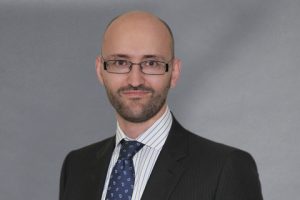 Ince & Co’s Piraeus office has been boosted with the promotion of Evangelos Catsambas to the partnership.

Evangelos is a shipping specialist whose practice embraces both contentious and non-contentious matters. He specialises in charterparty and contract of carriage work, as well as advising on newbuilding and marine insurance issues.  His clients include shipowners, charterers, cargo shippers and traders, P&I Clubs and hull underwriters. Evangelos is a member of the Piraeus Bar Association and he is bilingual in English and Greek.

Evangelos is recognised as a leading lawyer in Greece. He was recently named individual winner for shipping & transport in Greece at the Client Choice Awards 2013. He is also regularly invited to speak at industry conferences on all aspects of shipping.

Jon Elvey, managing partner of Ince & Co in Piraeus, comments: “Evangelos is well known and respected throughout the Greek shipping community and we are delighted with his promotion. With the arrival of Jamila Khan to the team in November, we have a total of seven partners.”

Ince & Co also announced the promotion to the partnership of Rania Tadros in Dubai and Sami Chowdhury in Hamburg. Their biographical information follows:

Rania Tadros – Rania has extensive experience in commercial arbitration and litigation within the shipping and energy & offshore markets. She has had experience handling a range of matters for clients in the offshore support and oilfield services sector.  Rania has also advised on a number of shipping disputes concerning the Middle East and has a particular focus on construction disputes and claims relating to refund guarantees. Rania is a fluent Arabic speaker and will be relocating from London to Dubai this summer.

Sami Chowdhury – a German Rechtsanwalt, Sami advises on all aspects of German law in connection with national and cross-border financings, acting for domestic and international lenders and owners  in the shipping and energy & offshore markets. His work includes new financings and security and on-going financings and finance leases. In current market conditions he also advises on complex workouts  and restructurings, and foreclosures and enforcements in and outside of insolvency.

Ince & Co is an international law firm with over 600 people including more than a hundred partners and over 180 other lawyers worldwide.

Ince & Co’s Piraeus office provides advice on both English and Greek law to the maritime and commercial community of Greece and other countries in the region.

The Shipping Industry and World Politics / Economy on caution!