MAN Diesel & Turbo has announced the 500th sale of its MAN 48/60 medium-speed engine. The milestone was reached with the order of two common-rail variants of the engine by Huta Marine of Jeddah, Saudi Arabia as part of a diesel-electric system to power a self-propelled cutter suction dredger.

Huta Marine is a specialist in marine infrastructure and its fleet ranks among the largest in the Middle East. The dredger will be built in the Netherlands by a shipyard belonging to the IHC Merwede Group, the global market leader for dredging, mining and other custom-built vessels. 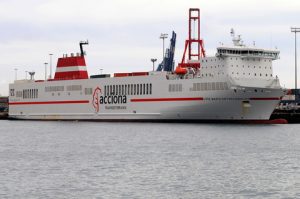 Based on the 48/60 workhorse, the 48/60 engine was introduced in 2003 in both L- and V- versions. Over its working history, it has proved itself a valuable, sturdy workhorse and all-round performer over a broad range of applications.

The 48/60 medium-speed engine is based on the successful 48/60 series first launched in 1989. The B variant represented a major redevelopment of the concept characterised by increased output, reduced engine weight/width, and an optimised combustion that reduced both exhaust emissions and fuel consumption.

The 48/60 has been continuously developed ever since, notably including an upgrade to common-rail fuel injection in 2008 and full Tier II compliance in 2011, and more recently featuring a redesign of its cylinder head where a higher fuel injection pressure resulted in improved atomisation and better combustion, ultimately reducing both fuel consumption and emission levels.

The 48/60 engine derives several, extra advantages from forming an integral part of the MAN Diesel & Turbo portfolio. The engine has many references where it has been integrated with the successful TCA turbocharger series while SaCoSone, MAN Diesel & Turbo’s proven engine-management system, has also become standard issue. 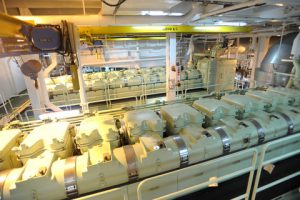 MAN Diesel & Turbo SE, based in Augsburg, Germany, is the world’s leading provider of large-bore diesel engines and turbomachinery for marine and stationary applications. It designs two-stroke and four-stroke engines that are manufactured both by the company and by its licensees. The engines have power outputs ranging from 450 kW to 87 MW. MAN Diesel & Turbo also designs and manufactures gas turbines of up to 50 MW, steam turbines of up to 150 MW and compressors with volume flows of up to 1.5 million m³/h and pressures of up to 1, 000 bar. The product range is rounded off by turbochargers, CP propellers, gas engines and chemical reactors. MAN Diesel & Turbo’s range of goods includes complete marine propulsion systems, turbomachinery units for the oil & gas as well as the process industries and turnkey power plants. Customers receive worldwide after-sales services marketed under the MAN PrimeServ brand. The company employs around 15, 000 staff at more than 100 international sites, primarily in Germany, Denmark, France, Switzerland, the Czech Republic, India and China. MAN Diesel & Turbo is a company in the Power Engineering business area of MAN SE.