May 23, 2013
Wärtsilä is the market leader in topside direct electrical heating systems, being involved in 85 per cent of all contracted systems to date. This latest valuable order for Wärtsilä DEH technology provides further evidence of the benefits of the proven technology for West African installations. On the Norwegian continental shelf it has been used already for more than 10 years.

The 9000kW system will be used to heat the 43 km long subsea production pipeline between the Lianzi field and the Benguela Belize Lobito Tomboco (BBLT) platform. The Lianzi field lies approximately 100 km off the coast of the Republic of Congo, and the BBLT platform is located in Angola. The pipeline lies in some 900 metres of water. DEH is a flow assurance tool used to avoid ice-like structures called hydrate plugs and the appearance of wax in production flow lines. 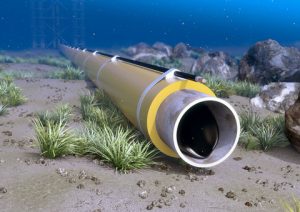 “The Wärtsilä DEH technology is proven and has been used already for more than 10 years on the Norwegian continental shelf. It is also being used in West African installations, as evidenced by this latest valuable order. It is cost effective with considerable environmental benefits, and not surprisingly, there is increasing interest from Oil & Gas industry operators around the world. We envisage that demand for this technology will grow rapidly, ” says Juhani Hupli, Vice President Electrical & Automation, Wärtsilä Ship Power.

One of Wärtsilä’s core competences is the ability to design and tune the DEH system according to the pipe and heating cable needed for the subsea conditions. A special power system analysis to ensure the unit’s integrity with the platform system is included with every delivery.

GAC pushes further into the Arctic with Polar Logistics Group