Love and sex in Pompeii: the writing was on the wall

Love and sex in Pompeii: the writing was on the wall, Italian Academy of Art hears in London talk  By James Brewer

Do come in, we are just talking about brothels, the distinguished lecturer calls out, to a couple of latecomers, prompting peals of laughter.

Life and Death in Pompeii and Herculaneum is the title of the exhibition at the British Museum which runs until September 29 1013. For his talk in London to the Italian Academy of Art, Paul Roberts, head of Roman collections at the museum, tweaked the title to read Love and Sex in Pompeii.

And an engrossing chronicle of sex was what was delivered.  If the graffiti in Pompeii is an accurate reflection of what was steamily going on in the place, “no wonder Vesuvius blew up, ” in the words of the Academy’s Dr Rosa Maria Letts.

In AD 79, when the city succumbs to an eruption of ash and pumice from the volcano, love and lust is everywhere in Pompeii, recounted Mr Roberts. As to “sexual imagery, ” what we think of as sexual and what the Romans thought of as sexual is very different.

Graffiti are the voices of real people, he said. Fifteen thousand such inscriptions have been found, and not just in Latin. About 10% to 15% of the graffiti are in languages other than Latin, primarily Greek. Served by a river port, Pompeii attracted an international crowd.

“As a general rule, ” said Mr Roberts, “the Romans were far more comfortable with nakedness and images of sex than we are today” but he added “it depends really…”

He showed panels of very beautiful men and women making love and quoted one slogan scratched on the wall:  “Lovers like bees lead a honeyed life, ” and somebody has added in another hand, “Yes, right.”

Many of the graffiti were explicit and many are quite vulgar. Bars were the scene of encounters and scrawled on the wall of one was: “I screwed the barmaid.” Another sentence informs us:  “Acria sold herself for the price of four asses [asses were bronze coins, and four could buy a good glass of wine].”

Two friends on a night out hacked out the news that they had “dreadful service in the room, so we sacked the waiter, but the sex was great.”

Are such graffiti true? They could be slander, they could be wishful thinking…  One of the messages is written in 15 different hands. There is more graffiti in Pompeii than Herculaneum  – Pompeii is three times the size of the smaller city. Pompeii has been more accessible to archaeologists, being buried 20ft deep, compared to Herculaneum at 80ft.

This is the brothel, said Mr Roberts, moving on to further illustrations. There is only one brothel in Pompeii (none in Herculaneum), he insisted. Some analysts have claimed there were up to 35 brothels, including bars and after-hours activity at shops. The lupanar, or brothel, is the busiest place in the whole of the city. It had cells with stone beds. The girls scratched on the wall such gems as “the men of Puteoli do it better” and “Jucundus screws really badly.”

We do hear of sexual abuse of slaves, as in the invocation: “Seize your slave girl whenever you want, ” but the vast majority of slaves, we have reason to believe, were treated well, said Mr Roberts. Slaves were often present at sexual encounters in a household, paintings show. They were treated as invisible at such times. 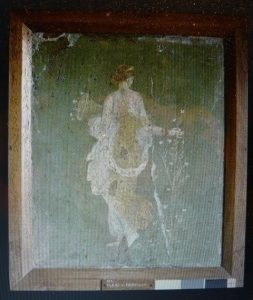 Representations of phalluses are found in considerable numbers, set into the walls of shops, on street corners, embodied in oil lamps (some with bells on), and in the patterns of mosaic floors. This is because the phallus was a protective sign believed to bring good luck, as we see in the lower portion of a herm (stone pillar with bust) guarding the household of the banker Lucius Caecilius Jucundus.  The walls of his house contained various graffiti praising love.

In the pictures, we note that the women in Pompeii are pale and men are dark, and modes of dress or undress were symbolic.  Lovemaking cut across the boundaries. Someone scrawled: “Goodbye you naughty pussies, I am going to bugger Rufus instead.” Gladiators were particular objects of desire: men and women loved their strong and almost bare bodies.

There are a lot of loving relationships: “I would not swap my wife for Venus herself in all her lovely beauty.” Venus is the protectress of Pompeii – she is the goddess par excellence of love. “If there is anyone who does not believe in Venus, look at my girlfriend, ” wrote one lover.

When massive discoveries on the sites were made in the 18th and 19th centuries, there was an overwhelming quantity and quality of imagery prompting a degree of prudery  over how the Romans saw daily life. “Some things were hidden away since they were discovered and some people think they still should be, ” said the senior curator.

In Naples there is still a gabinetto segreto, which you need permission to view. Similar rules applied in the British Museum until 1932, on the basis that one does not want the women and children and working classes to see such naughty things.

“Is Pompeii a city of sin, full of perverted people doomed to die, or is it simply a city full of ordinary people with ordinary desires, loves and sometimes lust and just a very different social system? You decide, ” said Mr Roberts rounding up his talk.

One question from the audience displayed curiosity as to methods of contraception. Mr Roberts said: “They are making love all the time, so they need to think about these practical things.”  There was evidence of a recommended potion of ivy, myrrh, rue and lupin – “a recipe written by a man.” 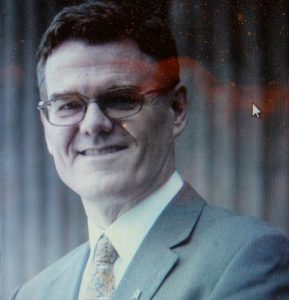 A woman asked if given the explicit nature of many of the items in the exhibition,   it would be wise to take her nine-year-old son.  Dr Roberts assured her it was a good idea and that many school groups had already been shown around and taken all the exhibits in their stride. The British Museum has been the UK’s top visitor attraction for the past six years.
Dr Letts described the exhibition as stunning, concerned with life and not with death. The specialist operator Artstur is organising tours to see Pompeii and the sweep of the landscape of the bay, onSeptember 13 and October 3. In a subsequent note to attendees, Dr Letts said that the talk by Mr Roberts had been “excellent, ebullient, scholarly and highly scientific.”

Following the lecture, members of the audience remained at the Kensington venue, the Polish Hearth Club, to enjoy a fine evening meal, occasioning praise for the new restaurateur, Mr Jan Woroniecki.

Agatha Christie would have loved it! What’s next for the Shipping Industry?