Michael Kotsapas, a partner with the Moore Stephens shipping team, says, “This new requirement to pay tonnage tax, effective from 1 January, 2013, mirrors that which is already in existence for the Greek-flag merchant fleet. A large part of the Greek fleet currently sails under foreign flags, and therefore is impacted by the new tonnage tax regulations. Management companies are jointly liable with shipowning companies to pay the tax. Any foreign tonnage tax paid can be set off. Shipowning companies operating vessels under a foreign flag are exempt from any other taxes on profits derived from the operation of the vessels outside Greece, similar to exemptions available for operating Greek-flagged vessels.”

A new range of levies has also been introduced for companies providing services to the shipping sector in Greece. These changes affect shipbrokers, insurance brokers, agents, average adjusters, charterers and others, irrespective of whether they provide services to ships under Greek or foreign flag, but exclude ships trading on purely domestic routes and some passenger ships. Shipowners and ship management companies are exempt. 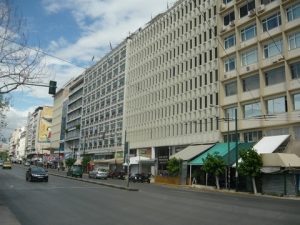 Michael Kotsapas says, “Shipping remains a key industry for Greece, and an important source of foreign currency. In recognition of the need to maintain the attractiveness of Greece as a base for companies engaged in the shipping industry, these service-related charges have very recently been reduced to 50 per cent of the figures included in the original legislation.”

In the tracks of the charioteers: architectural marvels of the Roman Empire spring back to life after nearly 2, 000 years – in Plovdiv, Bulgaria