Experts have problems with Government’s approach to Jackson Reforms 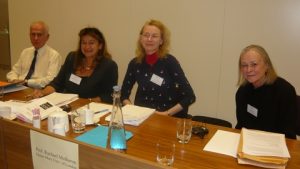 The Jackson Reforms, aimed at controlling legal costs and making litigation more efficient through improved case management, have raised some expert eyebrows about the effects-and effectiveness-of their deployment. 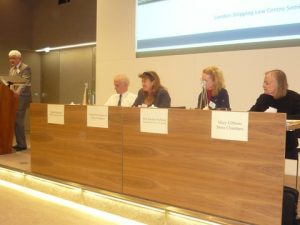 Martin Rowland at the podium introducing the event

John Kingston, Director of Harbour Litigation Funding Ltd, said lawyers would have to get used to providing comprehensive cost estimates at the outset of cases, based on detailed assessments of how these were likely to proceed. The Court would have to be satisfied that the resultant budget was “reasonable and proportionate.”

The headache lay in “disproportionate” costs which would not be recoverable “even where they are reasonably or necessarily incurred.” If a defendant makes such costs necessary, why should he not pay for them? Unless this aspect could be satisfactorily resolved, the bringing of lower level claims could well be discouraged on the grounds that costs were likely to outweigh value. 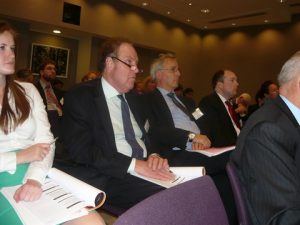 A view of the auditorium with delegates

Mr. Kingston foresaw a rise in litigation funding. An increasing number of FTSE 100 companies were resorting to the practice in respect of both pursuing and defending claims—-not just to lay off financial risk but to gain a valuable strategic resource in managing actions.

A code of conduct had been drawn up by the Association of Litigation Funders and endorsed by Lord Justice Jackson and Lord Neuberger. The code included provisions on adequate capital, case control and relationships between parties. Although it did not have statutory force, the ALF regarded it as a “kite mark.”

An overview of the recent implementation of damaged-based assessments was given by Professor Rachael Mulheron, from Queen Mary University of London. Although DBAs had been available since April 1st, the Law Society had “serious concerns about the drafting of the DBA regulations and the enforceability of such agreements in certain situations.” Further clarification from the Ministry of Justice was essential if the Society was to produce a model DBA. 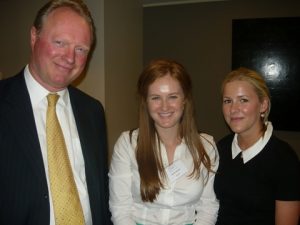 Given the Government’s preference for the Ontario model for DBAs, Professor Mulheron said there were serious questions about what was covered within the contingency fee cap: court, expert and counsel fees, an ATE premium, VAT?

Part 36 offers to settle claims-and the cost consequences arising therefrom-were explained by Mary Gibbons of Stone Chambers. She highlighted the circumstances in which a rejected offer could lead to compensation being completely swallowed up by legal costs.

The seminar was presided over by Vasanti Selvaratnam QC of Stone Chambers, who also chairs the London Shipping Law Centre’s Events & Education sub-committee.

All in all none questions and four statements were heard! A nice reception followed with excellent drinks and dips and more questions where heard, not just the usual networking!