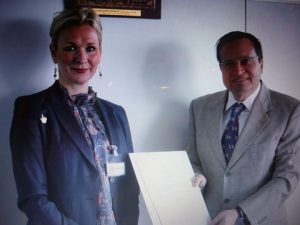 The Kingdom of Norway became the first contracting State to the Hong Kong International Convention for the Safe and Environmentally Sound Recycling of Ships, 2009, today (Wednesday, 26 June).

The Hong Kong Convention is aimed at ensuring that ships, when being recycled after reaching the end of their operational lives, do not pose any unnecessary risk to human health and safety or to the environment.

The Hong Kong treaty will enter into force 24 months after ratification by not less than 15 States, representing 40 per cent of world merchant shipping by gross tonnage, with a combined maximum annual ship recycling volume not less than 3 per cent of their combined tonnage.