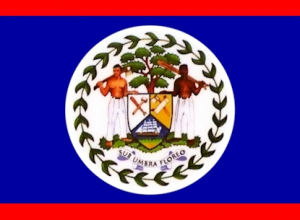 ICS authorized for MLC, 2006 implementation and certification process on behalf of the Government of Belize

We would like to inform that, although the Government of Belize is still in the process of ratification of the Maritime Labour Convention 2006 (MLC, 2006), the International Merchant Marine Registry of Belize (IMMARBE) has issued the Resolution number DG-004 as a guide related to the standards of Maritime Labour Convention, 2006 with the purpose of governing all matters relating to the inspection and certification of Belize flagged vessels.

Resolution DG-004 dated on May 1st,  2013 not only details the requirements of Belize for MLC, 2006 certification but also will allow to Belize Administration and Recognized Organizations to issue DMLC- Part I and DMLC-Part II as well as become compliant with the provisions of the MLC, 2006 in the meantime it is ratified by the Government of Belize.

Furthermore, we inform that INTERMARITIME CERTIFICATION SERVICES (ICS) is authorized by the Government of Belize, through the official Resolution No.2920 dated on July 04, 2013, for the purpose of the implementation and certification process under the Maritime Labour Convention (MLC, 2006).

ICS expects to begin offering inspections and certifications for MLC, 2006 compliance as soon as the Belize Government finalizes the process of ratification of this convention, including its national laws and flag state regulations and interpretations in line with the new convention, a process expected to be completed before the end of this year 2013.

Enforcement: a case development update from across the Atlantic