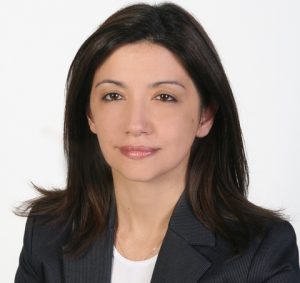 One can briefly defined a mortgage as a charge on a property securing money or money’s worth.  It is the creation of a charge or encumbrance in favour of the lender of money by the person wishing to borrow.  Thus, a shipowner who wishes to obtain money, may do so by borrowing money on the security of his ship, giving the person who is prepared to lend him the money, an interest in the ship as security for the loan.  The shipowner is known as the “mortgagor” and the person lending the money is known as the “mortgagee”.  It is well to know at the outset that a mortgagee incurs no liabilities to third parties since the mortgagor remains to owner of the ship or the shares in it.

The Registrar keeps a Register, for entering therein of Cyprus ships and of any transfer or transmission or mortgage of any such ship or any share or interest therein.  The Register is kept in the form prescribed by law and entries in the Register are made in accordance with the provisions of the Merchant Shipping (Registration of Ships, Sales and Mortgages) Law of 1963, as amended (the “Law”).

Under the Law, any registered ship or share therein may be the subject of a mortgage created in accordance with the Law, without any restriction as to the type of ship mortgaged. Also, the mortgage is upon the ship, her boats and appurtenances.  The judicial interpretation of these words is that they cover all articles necessary to the navigation of the ship or to the prosecution of the adventure which was on hand at the date of the mortgage or, which, though not then on board, were subsequently brought on board in substitution for other such articles.

The deed of covenants which must accompany the mortgage, contains the contractual agreement between the shipowner and the mortgagee and deals with any matter relating to the mortgage. The Law further states that the matters to be agreed between the parties to the deed of covenants shall include:  the mode of payment of interest and of repayment of principal; the insurance of the ship and the renewals and applications of the proceeds thereof; limitations on employment of the ship, if any; definition of events of default upon which statutory or other agreed powers of the mortgagee may be exercised; and powers exercisable by the mortgagee.

There is no legal obligation to register a mortgage.  However, to have proper legal effect, registration is necessary.  Any mortgagee who does not register his mortgage enjoys none of the benefits available under the Law.

The Law affords protection to a mortgagee who follows the provisions of the Law and acts for value, in good faith and on reliance to the entries in the Register when obtaining a mortgage from the registered owner of the ship.  A mortgagee acting in good faith and for value, can obtain a valid mortgage under the Law by following the provisions of the Law and having his mortgage registered at the Register, even in cases where the registered owner of the ship has no or defective legal title to that ship.

In addition to the above, the Registrar of Cyprus Ships exercises quite strict due diligence procedure.

One of the most important advantage of registration is the obtaining of priority.  If there is more than one mortgage registered in respect of the same ship, the mortgages shall, notwithstanding any express, implied or constructive notice, be entitled in priority one over the other, according to the date at which each mortgage is recorded in the Register (and not according to the date of each of the mortgages itself).

If two or more mortgages are registered on the same date, then their order of priority is determined by their respective times of registration.

Additionally the Registrar of Cyprus Ships requests the written consent of all existing mortgagees to the registration of a subsequent mortgage.  The mortgagees’ consent is also required if more than one mortgage are produced for  registration simultaneously; in this case the various mortgagees must agree as to the order in which they will be placed on the Register.

The priority of a registered mortgage cannot deteriorate and it is not possible to subordinate the mortgages by application to the Registrar.  However, the Mortgagees may agree by contract between them to a variation of the priorities laid down by law but this does not in any way affect their respective priorities according to the Register.

Registration of a mortgage, which may be described as “notice to all the world”, protect the mortgagee against all later secured creditors of the shipowner and against all non-registered mortgages.  Although failure to register does not invalidate the mortgage, it gives precedence to later registered encumbrances.

However, it must be noted that maritime liens enjoy priority over mortgages.  A mortgagee, as regards his claim against the subject ship, is postponed to all maritime liens from the moment of their attachment.  The main categories of claims in respect of which Cypriot law recognises and upholds maritime lines, are as follows:

(d)              reimbursement to the master of disbursements made by him out of his own pocket on behalf of the owners.

It is not possible to record on the Register any encumbrances on a ship itself other than a mortgage.  Court orders or injunctions, which may be obtained in a proper case preventing dealings with a ship, are recorded on the Register but they are not charges on the ship itself and cannot have priority over a mortgage.  They are merely interlocutory measures taken in an effort to secure a claim and it is the priority of the claim in respect of which they were obtained that is essential, as the court orders cannot stand by themselves or have any priority.

The Registrar of Cyprus Ships will not agree to close a ship’s register unless and until all and any mortgages are discharged and deleted.

In case a ship is declared a total or constructive total loss in accordance with the relevant provisions of the Law, the register will close subject to any mortgages existing on the ship.

Also, the Registrar will agree to close a ship’s register without the mortgagees’ consent (a) if requested to do so by the Minister of Communications and Works pursuant to the powers vested in the latter under the Law, (b) if the ship is broken up, and (c) if there have been no news regarding the ship for a period of six months from the date of receipt of the last information, under such circumstances  which  make  it  highly  probable  that  the  ship has been lost or broken up or that it has been sold to non-qualified persons.  In such cases, the ship is deleted from the Register without prejudice to the validity of the recording in the Register of any registered mortgages and no certificate of closed transcript is issued unless all financial obligations towards the Republic of Cyprus have been settled and the register of the ship will remain open as regards any registered unsatisfied mortgages.