Transport infrastructure is a vital social and economic asset. Its construction and maintenance absorb significant resources while decisions on infrastructure have impacts that last for decades.

The report Spending on Transport Infrastructure 1995-2011: Trends, Policies, Data and a related database have been released by the International Transport Forum at the OECD. The 2013 edition of the Forum’s annual statistics update presents aggregate trends in inland transport infrastructure investment and maintenance since 1995 and provides data on road, rail, inland waterway, sea port and airport spending for the International Transport Forum member countries for the period 1995-2011.

The latest data on investment in road, rail and inland waterway infrastructure as a percentage of GDP (Figure 1) show that:

The fact that the share of GDP dedicated to transport infrastructure has remained constant in many countries suggests that investment levels may be affected by factors other than real investment needs. 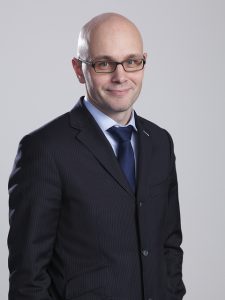 “Level of transport spending may be guided by historical budget levels, institutional budget allocation procedures or budgetary constraints taking also into account needs in other sectors of the economy”, says Jari Kauppila from the ITF.

Rising levels of investment in transition economies, on the other hand, reflect efforts to meet rising needs especially for road network capital.

Panel data of over 600 observations gives support to the conclusion that the level of road spending generally declines with the level of GDP per capita (Figure 2). There are several potential reasons for this declining trend.

In many countries observers have raised concerns about underfunding of road assets and the state of existing road infrastructure, and its impacts on the competitiveness of the economy. Funding for road maintenance, particularly, may be postponed on the expectation that a lack of maintenance will not result in imminent asset failure. The available data on public road spending suggest that the balance between road maintenance and investment has been relatively constant over time in many regions (Figure 3). However, data do suggest an overall declining share of maintenance on total road spending especially over the last few years.

The report also presents broad conclusions on transport policies in member countries, as well as on performance, funding and strategic plans. Countries surveyed in the report emphasize the importance of an efficient and reliable transportation system. Governments formulate their strategic transport plans generally around three main themes: economic performance, environment and safety.