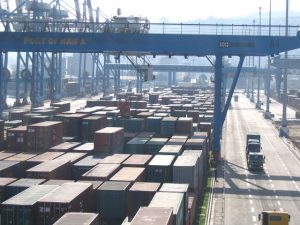 News that unnecessary reform in the ports of Israel has been delayed is being welcomed by the ITF.

Plans were announced earlier this year to open two new ports in Ashdod and Haifa, but a panel of National Labor Court judges has now ruled that no action will go ahead until September 2014.

It was ordered that the Israeli ITF-affiliated union representing port workers, Histadrut, will now have to be consulted by the government in a period of ‘intense negotiations in good faith’ over the potential impact of the two new ports on workers at the existing terminals. Histradut previously accused the government of failing to deal with the ‘devastating repercussions on the existing ports as a result of the establishment of new ports’ and of threatening behaviour.

A resolution was passed during the ITF dockers’ section conference in July in support of Histradut, expressing deep concern over the situation and outlining the need for regulation of fair competition and equal conditions between the new and existing ports.

ITF acting general secretary Steve Cotton said: “We welcome this move. For the benefit of all parties concerned, a democratic process should always be put in place if changes are posssible which could have an impact on workers. This is the case across all ITF regions.”