The MLC aims to provide comprehensive rights and protection for the world’s 1.2 million seafarers and has been referred to as the seafarers’ Bill of Rights. In doing so, it will replace 68 international labour standards relevant to the maritime sector adopted over the last 80 years and consolidates 36 existing ILO conventions and one protocol dating from 1920 to 1996.

Application of the MLC

As part of the MLC, vessels of 500 grt or over which are engaged in international voyages, or vessels which fly the flag of one country while operating from or between the port or ports of another must be certified as being in compliance with the MLC, requiring a “Maritime Labour Certificate” and a “Declaration of Maritime Labour Compliance” (the latter comes in two parts). Certificates last for a maximum of 5 years and there must be an interim review between years 2 and 3. The certificates will cease to be valid, with new certificates required, on a change of owner, a change of flag or a substantial change to the structure of the vessel. Smaller vessels do not have to obtain these certificates, but they can do so on a voluntary basis. The certificates must be kept onboard, so that they are available for inspection.

Flag state inspections are required before issue of the certificates, which may at present include a Statement of Maritime Labour Compliance, pending entry into force of the MLC. Inspectors will examine employment policies and agreements, health and safety policies and the other documents required under the Convention. The inspection will also include a physical inspection of the vessel and private interviews with selected crew. From the implementation date, flag state inspectors will be able to conduct inspections of vessels, and they must investigate any well-founded complaint.

For on-going compliance, Port State Control will conduct enforcement inspections and will have authority to detain vessels. The Master will also need to ensure continuing compliance in relation to facilities on board. Even vessels flagged in countries which have not ratified the MLC will be subject to scrutiny from Port State Control in MLC Member States under the “no more favourable treatment” rule, in order to trade in those countries.

Owners (and manning agents, who will often represent the shipowner in relation to MLC requirements) must ensure that all policies required by the Convention are in place before the relevant implementation date, the appropriate certificates are in hand and that all Seafarer Employment Agreements fulfil the MLC requirements, including that they properly reference all collective agreements and are between the shipowner and seafarer.

Due to the MLC’s concept of “substantially equivalent” provisions, it is anticipated that different flag states will implement the MLC in different ways. This may produce difficulties for shipowners who are trying to comply with the requirements of different ports across the world, and the ILO has therefore requested that flag states take a pragmatic approach in the first 12 months. However, this guidance could itself prove problematic as different states have different grace periods. The International Chamber of Shipping has therefore recommended that shipowners act as if the MLC has been fully adopted everywhere. Although this puts more pressure on owners and managers at an earlier stage, it may well be a sensible approach.

Ratification in the UK has been a lengthy process, led by the Maritime & Coastguard Agency. The UK has always intended to implement the MLC and the draft legislation has undergone considerable consultation.

The UK has endeavoured to ensure that the UK implementation of the MLC complies as closely as possible with the MLC terms, but subject to English law principles. 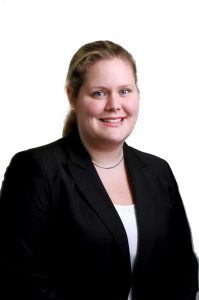 One of the key areas of the MLC which has caused concern amongst shipowners and their insurers is the question of repatriation, particularly in cases of insolvency.

Under the MLC, shipowners are required to demonstrate that they maintain financial security to ensure that seafarers are repatriated in accordance with the MLC requirements. This applies in cases of termination of employment, in the event of illness or injury, in the event of shipwreck and in the event of insolvency. It is not specified in the MLC what financial security is required and no amount of coverage is specifically prescribed. It is possible that individual Member States will determine the form of security and it may be that a certificate of insurance will suffice for most. The International Group of P&I Clubs has agreed that IG Clubs will provide such repatriation cover, although it will not be poolable, and Lloyds Syndicates have also received permission to extend their underwriting cover and avoid the ban on financial-guarantee business.

Shipowners must also provide compensation for seafarers in relation to sickness, injury or death occurring while they are serving under a Seafarer’s Employment Agreement or otherwise arising from their employment. They are also required to provide financial security to assure such compensation in the event of death or long-term disability due to an occupational injury, illness or hazard.

Seafarers are also entitled to “adequate compensation” for injury, loss or unemployment arising from the ship’s loss or foundering. This is limited to two months’ wages at their usual salary.

While for many shipowners, there may seem to be few changes (particularly where the flag state has “substantially equivalent” provisions), this convention is a major restructuring of maritime labour conventions and will have implications for all employers of seafarers in the shipping industry. For other shipowners, there may be some bigger changes as standards and requirements change, and the MLC strives for universal ratification. Owners will also need to be aware that the broader definition of seafarer will affect more workers.

The ILO aims for this convention to have near universal acceptance, thus potentially affecting a much wider range of owners and seafarers than the conventions it replaces. It will affect shipowners and seafarers around the world, and have important consequences for their insurers as well. It is therefore vital that all owners and insurers are ready for implementation. It remains to be seen exactly how much of a change this represents to the industry as a whole.