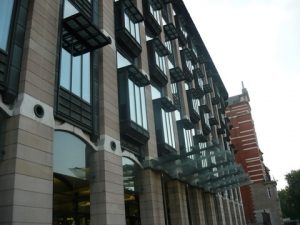 A Chief Engineer who was held by Somali pirates for eight months will be the main speaker at a session on piracy at the WISTA UK Forum, running as part of London International Shipping Week, 9-13 September 2013.

Chirag Bahri, now the India and South Asia regional representative for the Maritime Piracy Humanitarian Response Programme, who will give a unique insight into his experience of surviving captivity by Somali pirates.

Mr Bahri had worked on bulk carriers and oil and chemical tankers since he went to sea in 2004. Then, in 2010, his ship was hijacked by Somali pirates and the crew was held for eight months. Since his release in January 2011, Mr Bahri has focussed on providing guidance for seafarers and their families as well as promoting the human side of the issue of piracy.

The panellists at the session ‘How safe are our seafarers and ships in West Africa?’ also include representatives from The Royal Navy and The Mission to Seafarers.

In the evening session, senior maritime figures will debate ‘This House Thinks that Green Shipping is Hot Air’ as they highlight the huge impact which environmental demands and regulations on maritime emissions will have not only on shipping lines but also on the wider maritime industry and, indeed, on everyone who buys or uses goods sourced from overseas. The debate will be moderated by Jim Davis, Chairman IMIF and a WISTA-UK Ambassador.

WISTA (Women’s International Shipping & Trading Association) is an international organisation for women in management positions involved in maritime transportation business and related trades worldwide. So it is not surprising that it will also host a session on ‘Women in Top Jobs’ and speakers will include senior women in both maritime and wider international roles.

The opening session aims to help conference delegates make the most out of networking opportunities, with specific reference to the value of NLP (Neuro-Linguistic Programming) techniques.

All the sessions, open to everyone, WISTA and non-WISTA, women and men, will be held in Portcullis House, Westminster on Wednesday 11 September 2013. WISTA UK members can attend for free, with non-members paying £150 for the full day or £50 for the evening debate and networking.

Please log on to read the full events:     PROGRAMME

About WISTA & WISTA-UK
Women’s International Shipping & Trading Association (WISTA) is an international organisation for women in management positions involved in the maritime transportation business and related trades worldwide. It is a major player in attracting more women to the industry and in supporting women in management positions. With networking, education and mentoring in focus, WISTA seeks to enhance members’ competence and empower career success.
WISTA is growing and currently counts over 1.600 individual members in 34 National WISTA Associations.
WISTA-UK was founded in 1974 and is the oldest of the WISTA National associations.

[…] are supporting two other  interesting events, both in the UK Parliament on Wed 11th Sept: the WISTA Conference in Portcullis House and the SCEG Seminar in the House of Lords. Join the conversation in […]

[…] International Shipping Week and two important events in the UK Parliament on Wed 11th Sept: the WISTA Conference in Portcullis House and the SCEG Seminar in the House of Lords. It’s been great working with […]

[…] coasts. A transcript will be available here after the event.  He will also be joining the all day WISTA Conference in Portcullis House that day. Join the conversation in Twitter #LISW2013  […]