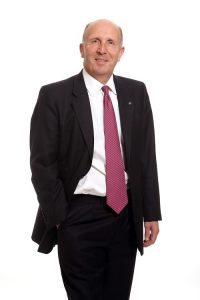 Hull underwriters should take control of how general average is adjusted, urges chairman of IUMI salvage forum,  By James Brewer

Insurers need to stand firm to stop haemorrhaging money in unnecessary costs hidden in the York Antwerp Rules, the formula which governs the settlement of maritime losses among ship and cargo owners, the annual conference in London of the International Union of Marine Insurance was told.

The call came from the chairman of the IUMI salvage forum, marine insurance consultant Nicholas Gooding, whose main message was that hull underwriters have the ability through their policy terms to determine how general average is adjusted.

Hopes had been pinned on the revised version of the York Antwerp Rules, a code which seeks to cover many types of expenses associated with a ship in peril. The 2004 version was viewed as having a favourable impact for hull and cargo insurers, but has only rarely been incorporated into contracts of affreightment. Shipowner organisations did not like the changes and have continued to contract on previous versions of the rules, said Mr Gooding.

The most advantageous 2004 change was thought to be that in most circumstances salvage could no longer be the subject of a further adjustment in general average, thus saving marine property underwriters significant sums in fees, interest and commission. Another favourable change was in the interest rate allowance, from a fixed 7% to a rate set annually by the Comité Maritime International, based on the US loan rate. This combined with the scrapping of the 2% commission was another cost saver for marine property underwriters. The CMI is a non-governmental i organisation which fosters the unification of maritime law.

The interest rate under the 2004 Rules for the current calendar year is 2.75% compared with the previous fixed amount of 7% plus 2% commission – 6.25 percentage points difference. If the adjustment goes into another year , as many do, the figure for the second year is 4.25 percentage points difference, as commission is only charged once. It is for the market an unnecessary additional sum of money to pay, Mr Gooding insisted.

IUMI was last year approached by CMI to take part in talks with parties, including BIMCO, to see if changes could be made to the 2004 Rules to make them more acceptable.

Meetings resulted in  a proposal  to amend the 2004 Rules in return for an agreement by BIMCO to incorporate the new Rules into its standard forms of charterparty and bills of lading.

The main changes proposed were reinstating the allowance of crew wages in Rule VI while putting in to and remaining at a port of refuge (as in the York Antwerp Rules 1994); and allowing readjustment of salvage payments in general average where they exceed a certain percentage figure to be agreed of the total sums allowable in general average.

IUMI representatives accepted that, providing the salvage readjustment was only available in cases where this produced a substantial change in the contributing parties’ share, this was a price worth paying, if BIMCO were to adopt the new rules in its standard forms. Getting agreement however on what would amount to a substantial percentage figure was always likely to prove a very difficult discussion between the shipowners’ representatives and IUMI.

It was subsequently learnt that BIMCO was unable to give an undertaking to recommend the proposals to its documentary committee , which was not scheduled to meet until Spring 2013. “As such we believed that the CMI proposals for a new set of Rules, if carried, risked the same fate as the YAR 2004 and that it would be better to shelve the proposal until an agreement can be reached with BIMCO, ” said Mr Gooding. “Our feeling was that work should start with the aim of establishing a new set of Rules for 2016 (at the latest) when all interested parties can contribute to the debate in a timely fashion. That was also the view of the British Maritime Law Association.”

The CMI appointed a new international working group to draft a new set of Rules which meet the requirements of ship and cargo owners and their insurers with a view to adoption at the 2016 CMI Conference. The working group produced a 22-page questionnaire which was sent to member maritime law associations.

The IUMI salvage forum issued a guidance document on this, and Mr Gooding urged underwriters to study it on the IUMI website “and be aware of the main issues that we need to address to stop haemorrhaging money in unnecessary costs hidden away in the York Antwerp Rules.”

Responses so far showed it would be very difficult to get consensus on the issues where there were serious concerns. “We remain committed to work with other interested parties to produce a new set of Rules that are fit for purpose. However it must be recognized that some points such as the re-adjustment of salvage in general average is purely an insurance point and our view should be allowed to prevail.”

Mr Gooding reminded underwriters “that you have by your policy terms the opportunity to control how you adjust general average claims. Failure to take control of how general average is adjusted will continue to result in substantial and unnecessary cost.”

Turning to the question of salvage, Mr Gooding said that London marine property underwriters had met the salvage sub-committee of the International Group of P&I Clubs resulting in the production of a draft Bunker Removal Clause. This clause would in certain circumstances pass the cost of removal of bunkers in salvage operations to the P&I club, giving a saving to property underwriters.

While the response from various parties was mainly supportive, “the same cannot be said of the reaction of the International Salvage Union. Our analysis leads us to believe that the proposals put forward are cost neutral for the ISU membership and provide a fair balance between marine property and liability underwriters. Thus far we have not been unable to persuade the ISU that this is the case, and the talks have therefore hit the rocks. I do not believe that the talks are holed below the waterline and I remain hopeful that with a change of attitude from the ISU they can be refloated shortly, ” said Mr Gooding.

Piracy: victims spell out during WISTA-UK Forum the brutal threats off West and East Africa