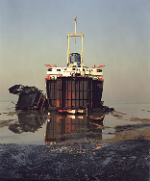 The European Parliament adopted today in Strasbourg the new Ship Recycling Regulation by a large majority. The final text is the result of a compromise reached last June between the Council under the Irish Presidency, the Parliament (Schlyter report) and the Commission.

esponewsmarch2012 ship breakingThe new EU Regulation will allow ships flying the flag of an EU member state to be scrapped outside the EU provided that strict standards are met. These standards effectively mean the end of “beaching” where ships are simply taken apart on a beach, with consequences for human health and the environment. Regular inspections, Commission assessments and an increased role for NGOs will assist ensuring compliance with these standards. Finally, under the new Regulation, the Commission is required to come up with a proposal on the feasibility of an incentive mechanism 3 years after entry into force.
Isabelle Ryckbost, Secretary General of ESPO welcomed the balanced outcome of the political process on ship recycling. “Conscious ship recycling is an important issue with serious social and environmental impacts. In that respect, ESPO urges Member States to ratify soonest the 2009 Hong Kong International Convention for the Safe and Environmentally Sound Recycling of Ships, allowing its global application. Furthermore, we remain at the disposition of all parties involved in view of further discussing the appropriate application of the polluter pays principle in ship recycling, ” she said.
The legislative text will be formally adopted by the Council in the near future