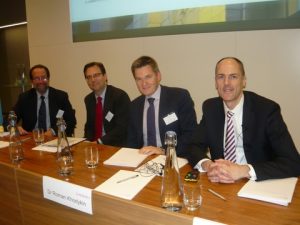 The problems of resolving commercial disputes in emerging markets were aired at a seminar organised by the London Shipping Law Centre Maritime Business Forum at Linklaters London offices on October 29th.

According to Jeffrey Golden, Chairman of the Panel of Recognised International Market Experts Finance Foundation (PRIME), it did not make sense for parties to fly to remote places in pursuit of decisions which were likely to be unenforceable, given a lack of expertise and perhaps interest among judges and court officials.

This heightened the need for legal certainty which his organisation had been set up to strive towards. Internationally-appreciated “platinum” standards were needed with a settled body of law endorsed by national legal authorities.

The difficulties of moving towards this were illustrated by the two key commercial settlement jurisdictions, London and New York, using the same language, sometimes interpreted the same facts and the same contracts in different ways. 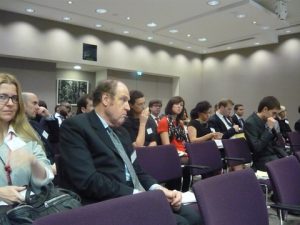 A full house at the Linklaters auditorium

Nevertheless, it was essential to pursue standardisation while taking account of legal and cultural differences across the globe.

Accordingly, PRIME was liaising and working with legal authorities and lawyers, most recently in Moscow; and running training sessions in Singapore and Korea, with further sessions planned for Japan and Africa. A particular concern was bringing together scarce expertise and building it up.

Dr. Peter Werner, Senior Director of the International Swaps & Derivatives Association, focused on arbitration in financial disputes in general and derivatives in particular.

Having surveyed banks and trading companies, it seemed there was growing interest in arbitration for tackling “plenty of disputes” in the commodities markets.

ISDA had become aware of the need for model arbitration clauses which accommodated local customs and practices. This was exemplified by greater resort to arbitration in the Islamic financial sector.

The result had been the publication of the ISDA Arbitration Guide in September 2013, encompassing model clauses, rules and institutions, seats, reasons for using arbitration, evidence, procedures, default and related parties with incorporated remarks on finality, privacy and confidentiality.

Although the Russian Parliament adopted the International Commercial Arbitration Act in 1993, the wave of Russian judges who came to the Bench after 1991 had adopted an anti-arbitration approach. Some judges Supreme Arbitrazh Court judges still did not trust arbitrators and had promoted the idea that arbitral tribunals should be totally controlled by the state courts. 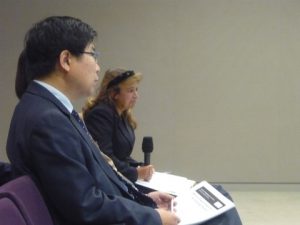 Nevertheless, the Supreme Arbitrazh Court had delivered a number of landmark decisions in support of international arbitration. However, the situation had started to change for the worse when a few awards were delivered against Russia.

In recent judgements, the Supreme Arbitrazh Court and the Constitutional Court had decided that corporate disputes fell within the exclusive jurisdiction of the state commercial courts and, as such, were non-arbitrable.

Many Russian practitioners and scholars believed that the court’s position was not based on the current statutes but was more of a political decision, supporting the Russian judiciary’s anti-arbitration bias. 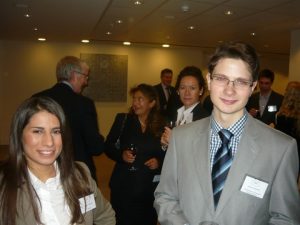 At the buffet reception, with networking young lawyers Marianna Katsimiha and Stefan Wickenfeld

He concluded: “Today, one must be extremely cautious in drafting arbitration clauses which may be scrutinised by the Russian courts or when arbitrating against Russian parties.”