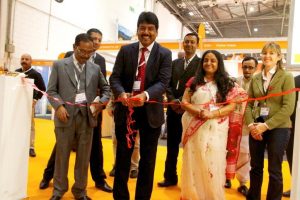 West Bengal and its state capital Kolkata are making a big play to raise their profile on the global tourism map – as evidenced by a strong presence at the World Travel Market in London in early November.

State department of tourism representatives said that tourism products from West Bengal were well received, with travel operators from Netherlands and Bangladesh among those showing strong interest.

For the first time, the tourism department ran an independent stall at the show, in the massive ExCel Centre, promoting its wide variety of tourism offerings and opportunities for inward investment.

Much play is being made in marketing literature of the iconic Howrah cantilever bridge, and the second Hooghly Bridge, over the Hooghly River, an arm of the Ganges which is navigable as far as Kolkata which lies on its east bank. The Hooghly gives access from the Bay of Bengal to the city, once the capital of British India under the name of Calcutta. Today the metropolis is at the centre of a massive population of more than 14m and it remains a thriving port.

Tourist officials are just as keen to lure visitors to participate in experiences in the hinterland, such as wildlife tracking at Sunderban Biosphere Reserve, tasting life on Darjeeling’s tea plantations, exploring the dense forests of Dooars in North Bengal, luxuriating in the sea beaches at Dihga and Sagar islands, and viewing the snow-capped peaks of the eastern Himalayas. Religious and special interest tours including archaeological visits are also on offer. 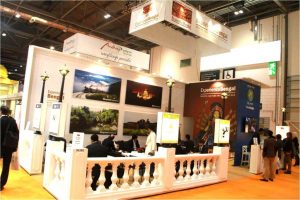 West Bengal sets out its stall for tourism

Officials estimated that 3, 000 people visited the West Bengal stand, and 280 business to business meetings were set up.

During his visit to the West Bengal pavilion, Jagdish  Chander, director of India Tourism in London, said that ‘’the efforts of the West Bengal government should pay off very well in terms of promoting the state as a tourism destination, as the state has immense beauty and culture.‘’ He spoke highly of the attractive presentation of the stand.

The previous month, the West Bengal tourism department had participated at ITB Asia, which is described as “the trade show for the Asian travel market, ” at Singapore. The department will participate in ITB Berlin – the Berlin Internationale Tourismus-Börse — from March 5 to 9 2014.

Mr Bardhan stressed that “inbound tourism has been accorded a priority in West Bengal by the honourable chief minister, Ms Mamata Banerjee.”

He highlighted Kolkata’s role as a top cultural centre, and the advantage of its a well connected international airport serving as a gateway to North Eastern India. Most people in the state understand and speak English, making travel movement easy, he said. Ease of getting around was underlined in response to questions at the tourism department’s WTM press conference.