SPNL Contingent getting ready to explore the North East

The Shipping Professional Network in London (SPNL) is proud to announce the official launch of the North east England chapter, aptly named SPN-NE. The SPN-NE will be primarily covering the maritime hubs of Newcastle and Middlesborough.

The occasion was celebrated with a guided port visit to PD Teesport in Middleborough by an SPNL delegation, followed by networking drinks with the North- East young professionals. 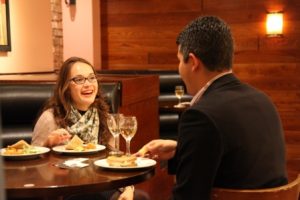 The delegation saw the Steel and Bulk Terminals of Sahaviriya Steel Industries (SSI) UK and participated in educational introduction. SSI is the largest steel sheet producer in Southeast Asia with an annual hot-rolling capacity of 4 million tones p.a.
The official launch of SPN-NE tied in with the SPNL’s annual port visit, where an SPNL contingent (which included students from Plymouth University) who travelled enthusiastically, despite a total journey time of over 13 hours from London to visit the PD Teesport. 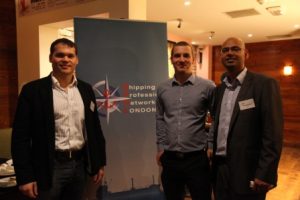 SPNL Chairman, Claudio Chiste who works as a Shipping & Marine finance specialist at Investec Bank, said, “The strategic objectives are to promote competency for the next generation, as well as the promotion and enhancement of our maritime cluster. We seek to enhance our maritime cluster by creating a platform, in a relaxed – yet professional – setting for industry players from all aspects of shipping to engage in order to facilitate business.”

Founding member of SPN-NE, Rizwan Siddiqui, who runs a consultancy agency KRS Marine Services, said, “This will be achieved by continued focus on what SPNL does we do so well: being a forum for young shipping professionals with a key focus on professional networking which serves to establish long-standing contacts with peers, exposure to industry leaders and therefore empowering the next generation.” Rizwan also thanked Andrew Dobson (Regional Manager at Denholm Wilhelmsen & Immediate Past Chairman ICS North East England) for his help in organizing this successful launch, and Michael Shakesheff, Managing Director of Casper Shipping Ltd, and Chairman of ICS North East Branch for his support. 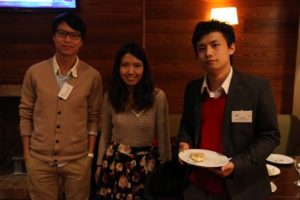 SPNL Chair, Claudio Chiste was explained that global domination was not at all on the cards, adding, “We believe in a measured growth, focusing on maritime centres where there was such a strong demand for our network, and only when entrusting people we know well to launch such an expansion. If there was already a successful young shipping professional network established, there would be little point in establishing another network, as we would rather focus on collaborating with similar organisations than being competitive. All our spin-offs were by founded by individuals who we know well and had to work their way up the ranks, proving their dedication to what SPNL is about and what we seek to achieve. For example, the founding members of our Mumbai chapter previously served as an SPNL member for two years before serving as an Associate Board member for a term. In the case of the North-East chapter, for the past year founding member Rizwan, has driven over 6 hours from Middlesborough to London, just to attend Our events, which typically start at 19:00, sometimes driving over 6 hours back again once the event finishes at about 23:00 (only four hours later). The expansion into the North-East marks an important milestone for the Shipping Professional Network. By collaborating with other organizations in maritime centres we don’t have established branches, we could be part of representing the next generation on a global scale.” 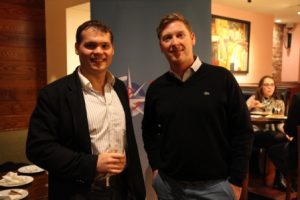 SPNL is the founding organization of the Shipping Professional Network organizations (SPNs) for young shipping professionals, with spin-offs in Mumbai (2011), North East England (2013) and Copenhagen (within the next month). The Board of the SPNL has a strong vision. It is focused on promoting and enhancing London as a maritime centre and being the ‘voice’ of young shipping professionals by engaging with the broader shipping community. SPNL will serve as a platform for networking to create relevant contacts and establish long lasting relationships with tomorrow’s industry leaders whilst being exposed to current industry leaders.

SPNL is run by a board of young shipping professionals on a volunteer basis, in parallel to their actual professions.