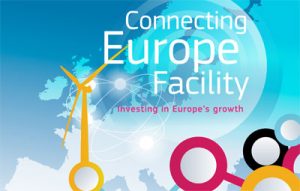 Today, the European Parliament gave its final agreement on the European budget envelope for 2014-2020, the Trans-European Network policy and the corresponding financial Regulation (the Connecting Europe Facility).

2013-11-19- europes transport infrastructure plan and budget is finalThe European Seaports Organisation (ESPO) welcomes this final Parliament vote. This decision defines the EU’s infrastructure policy for the coming decades and establishes a budget of €23.17 billion earmarked for priority transport projects for the financial period 2014-2020. This means that the budget for financing transport infrastructure will be tripled compared to the last period (2007-2014).

328 sea ports feature on the new TEN-T maps and 94 ports are part of the core network.
ESPO’s Secretary General Isabelle Ryckbost said: “This vote is an important step towards establishing a real transport “network”. We fought hard to defend this budget and to have our ports well represented in the network and network corridors. We now look forward to see a fair share of these funds used to improve Europe’s port infrastructure and to better integrate these core nodes in Europe’s transport network. There is a plan, there is a budget. Let us now start looking at the implementation. The core network corridors structures will be powerful instruments. I do hope ports will have their say in the set up and functioning of these corridor structures. Moreover, as ESPO we must also focus on the Motorways of the Sea priority. If well used, it can be an important instrument to increase intra-EU maritime transport and strengthen the cooperation between European ports”.