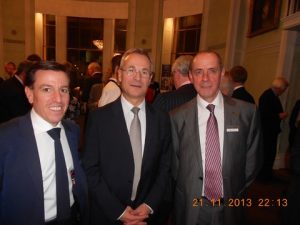 With more than 300 guests from the entire spectrum of the Square Mile’s shipping world, this year’s event at the historic Trinity House was yet another memorable milestone! Given that four more receptions were beckoning London’s maritime élite on the same evening, the success was all the more noteworthy.

Philippe Donche-Gay, the Society’s Executive Vice President and head of Bureau Veritas’s Marine and Offshore division together with Yannis Calogeras, the Marine Chief Executive of Bureau Veritas in the United Kingdom, hosted this event, receiving the support of the shipping industry’s key people like never before! 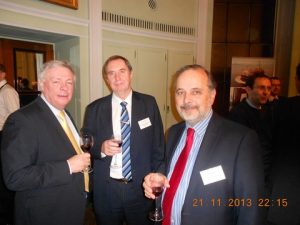 Lots of discussions, networking to the full – some 30 journalists among the crowd, delicious dips and wine, yes lovely French wine with the spirit of the Domaine Romy Beaujolais 2013 that we were there to celebrate being the talk of the Square Mile!  ! 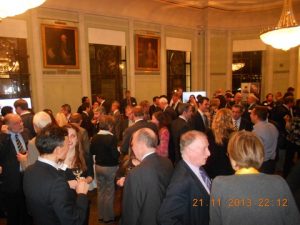 Congratulations to Yannis Calogeras and his team headed by Ms Lisa Burton, for hosting this excellent event, as well as to Merlin Communications for their immense support. 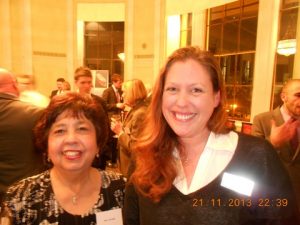 and Ros Cornahe  with Lisa Burton 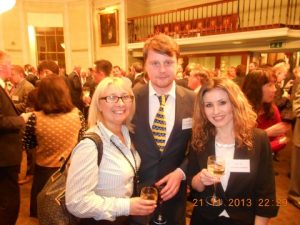 All guests were given a bottle of Beaujolais nouveau, and, on a personal note, two days later we had our tasting rituals; confirming that this was an exceptional example of the variety. Bravo! Here’s a toast to the cultivators of the vine, to the vintners and to BV!