At its new premises on the sixth floor at 5 Aetolikou Street at the heart of Piraeus Passenger’s Ship Terminal – so that all its surveyors can …overlook their clients ships given the great percentage RINA controls in the Greek market, Spyros Zolotas RINA’s area Manager for Greece and Cyprus region and his team hosted their annual Christmas event for clients and friends of the society.

An early lot of 100 faithful enjoyed the lovely early afternoon weather from the terrace balcony overlooking the tranquille port of Piraeus with drinks and dips, mostly traditional Italian ones and Greek wines, whilst inside over 200 where exchanging wishes and networking. 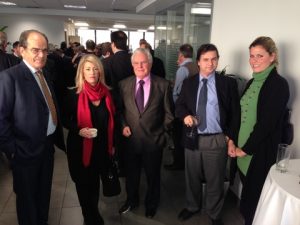 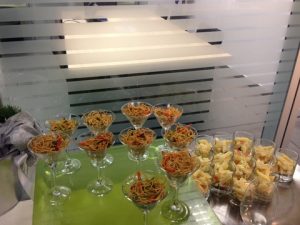 As always the technical staff from Attica’s based offices supported and or… backed by administrative and managerial personnel where the majority of …revellers.

We managed to get a quickie interview from Spyros Zolotas on the Society’s progress, targets and new year; log on herebelow to listen:

The Piraeus Marine Club’s Christmas Do…