The best shipping homework is done on the plane 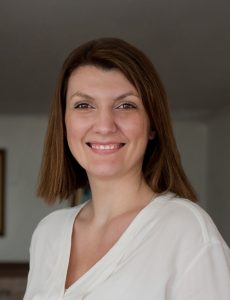 “The best shipping homework is done on the plane”

Despina Panayiotou Theodossiou of Cyprus has chosen – in addition to her job as CFOO in the shipping industry – to pursue a Blue MBA at CBS in Copenhagen. The large load of homework is best done on planes around the world, she says. By JØRGEN RUDBECK
Published 30.12.13 at 12:39 in ShippinWatch Denmark

32-year-old Despina Panayiotou Theodossiou has been moving full steam ahead since, this September, where she in addition to her responsibilities relating to operations and finance at Cypriot satellite and navigation company Tototheo, has had to keep up with the homework requirements of the Blue MBA program at the Copenhagen Business School. This means a lot of hours spent behind books or in front of the computer, but it will take more to knock the enterprising Cypriot – who is also set to become a mother soon – out of course.

Blue MBA
ShippingWatch follows the class of new students that enrolled in the Blue MBA program at the Copenhagen Business School in September 2013. Despina Panayiotou Theodossiou will frequently talk about her experiences with the program, and about the pros and cons of attending a program further away from home than a mere bus or bike ride.

“When you’re part of the shipping industry you get used to blurred lines between work and spare time, and only rarely do you experience a working day that actually goes from nine to five. So the work load is nothing new to me, but of course it means that I have to structure my time, to fit in both work and school, ” says Despina Panayiotou Theodossiou.
After enrolling at the Blue MBA in September, where she – along with 40 other students from 16 countries – began the first module in Copenhagen, Despina Panayiotou Theodossiou has been working at the company at home in Cyprus and around the world. And contrary to what one might expect, the many travels have actually had a positive effect on her course work.
16 nations come together in new Blue MBA class

“I do a lot of the work on planes, which brings the significant benefit of not being bothered by phone calls and emails. This means that I’ve been able to do a lot of efficient course work while traveling, ” she says. Her first assignment was completed together with a Danish fellow student, and even though the two of them did not spend any time together physically –except for a brief stint at a conference in Turkey shortly before the deadline – the collaboration worked out very well.

“We work in the same sector in the industry, and besides this advantage, we’ve both been traveling, which means that there’s always been something to forward to the other, or something to read while traveling, ” explains Despina Panayiotou Theodossiou.

In early December she spent a brief period back at the school in Copenhagen, where she had a course on supply chain management as part of the second module in the program. Like after the first module, following this one she will also be working on an assignment together with a fellow student, before starting work on the third module, which is scheduled for February. And the process of solving the assignments has served as an eye opener for her.

“I usually don’t have time to sit down and analyze my work, but in relation to our first assignment I delved further into the material than I normally would, and that’s been a real eye opener for me, ” she says, adding:
“Before starting the program I actually expected it to be much more academic, but through this assignment I’ve actually discovered how practical and useful the individual elements are in relation to my daily working process.”
The next module in February revolves around international finance, where – compared to supply chain management – Despina Panayiotou Theodossiou expects to have more knowledge to draw on and build upon.