Their strategy is part of the search for yield, as negligible central bank interest rates persist, and is the “hot topic” in the market, attendees at a Fitch Ratings Roadshow heard in London. The reinsurers are at the same time under pressure from falling insurance pricing.

Of the funds already invested, about 33% are in catastrophe bonds, and a further 20% in corporate vehicles known as ‘sidecars’. Alternative capacity is estimated to have provided 15% of global property catastrophe reinsurance limits in 2013. The reinsurance brokerage Guy Carpenter estimates the global sum involved will climb to $60bn by 2016.

Martyn Street, a director at Fitch, said that brokers would probably welcome the change, as it provides them with more options and has a dampening effect on reinsurance prices.  He quoted John Nelson, chairman of Lloyd’s, as saying: “We may well be seeing a fundamental shift in the way risk is capitalised.”

Bryon Ehrhart, chief strategy officer of reinsurance broker Aon Benfield, forecasts that alternative capital will go from being seen as a competitive threat to “being part of the business plans of traditional reinsurers.”

Others are more cautious.  Torsten Jeworrek, chairman of the reinsurance committee of Munich Re, has warned that one of the newly popular avenues – insurance-linked securities – “has not been tested yet, so we don’t know.”

So far, only 2% of capacity in the insurance linked securities sector comes from reinsurers. Once a big favourite with hedge funds, such securities now receive as a whole 41% of their funds from the category of institutional investors.

In their quest for long-term, secure cash flows, large insurance groups have already moved into investments such as infrastructure, private equity and even real estate The European industry collectively invests around 1% in such assets, a small proportion at present.

Fitch Ratings Insurance Roadshow 2014 is the occasion for senior analysts to brief the London market on the way its ratings are shaping up and what is under their spotlight, and is one of a series of get-togethers with market specialists in European insurance centres.

Despite the challenges faced by companies, the majority of their ratings are expected to be affirmed in the next 12 to 24 months, says Fitch.

With low yield on investment returns, the focus for reinsurers is on underwriting – but there is a softening trend in rates because there is abundant underwriting capacity in most parts of the market, said Mr Street. Pricing pressures mean that technical profits from underwriting are likely to be lower.

Reinsurance prices have fallen in the January 2014 renewals, for instance by as much as 10% to 20% for US loss-free business, following a range of mid-2013 rate downturns.  Reinsurers have sought to maintain their capacity with a weakening in terms and conditions. This is harder for ratings analysts to assess, and Fitch plans to look at such developments closely.

The driver for lower rates was reduced natural catastrophe insured losses: according to Munich Re NatCat Services, these produced a global total of $31bn in 2013, below the 10-year average, and less than half of the $65bn in 2012. Because of the low loss burden, capital remains in the market, said Mr Street.

Fixed income dominates the balance sheets of most reinsurers: 57% in bonds in 2012, risk appetite having been conservative.

It has been reported that some insurers have already pledged billions for construction and infrastructure projects in the UK, including potentially a new generation of new towns. Despite speculation that interest rates could begin to rise a little, Mark Carney, Governor of the Bank of England, has reiterated that they are likely to remain below historical norms “for the medium term.”

Surveying for the Fitch-invited audience the global reinsurance market, Mr Street referred to volatility in combined ratio (claims and expenses versus premiums) and said that one of the reasons that Lloyd’s received a positive rating was the stability it had around its initial estimates for insured losses.

Chris Waterman, a managing director at Fitch, told the meeting, at the Willis Building in Lime Street, that insurer ratings outlooks were mainly stable – this was the case for 68% of 158 individual companies studied – a similar position from a year earlier. Negative outlooks were allotted to 28% of companies, reflecting mainly the negative sovereign ratings in so-called peripheral Eurozone countries, although market sentiment had become “somewhat more positive” towards them.

Rating affirmations dominated the picture, with the sector more resilient than some other financial institutions. Mr Waterman expected that ratings would be fairly stable throughout 2014, barring an investment market meltdown.

He characterised the European insurance market as financially strong and well regulated, but there were risks that could change the ratings, the biggest of which was probably a weak economy and low interest rates, which could impact demand for insurance products, and dent investment returns and overall profitability. 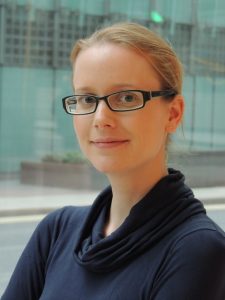 Anna Bender, an associate director at Fitch, said that UK and European non-life businesses had a continuing focus on underwriting discipline, strong levels of risk-adjusted capitalisation, and good expense controls.  She spoke though of competitive pressures threatening a further decline in pricing in the UK company market where as a whole the last profitable year was 2004.  In 2012 the UK company market had just about broke even, and its outlook had been revised to negative.

In contrast the outlook for the UK London market – concentrated on Lloyd’s and some UK and multinational players – remained stable. The latter sector’s high margin specialist business, such as excess and surplus lines, drove underwriting profitability.  Its profile was less reliant on investment income than others.  Capital levels were very high, but plentiful capacity and fierce competition would continue, said Ms Bender

The meeting concluded with a panel discussion moderated by Harish Gohil, a Fitch managing director, on the theme of the day:  “challenges of a low interest rate environment.” Taking part were Tim Tookey, chief financial officer of Friends Life; Patrick Regan, chief financial officer of Aviva; and David Prowse, a senior director of Fitch. Mr Tookey and Mr Regan confirmed that ultra-low interest rates were making companies explore alternative asset classes. The days of investing primarily in government and banks had gone, they said.